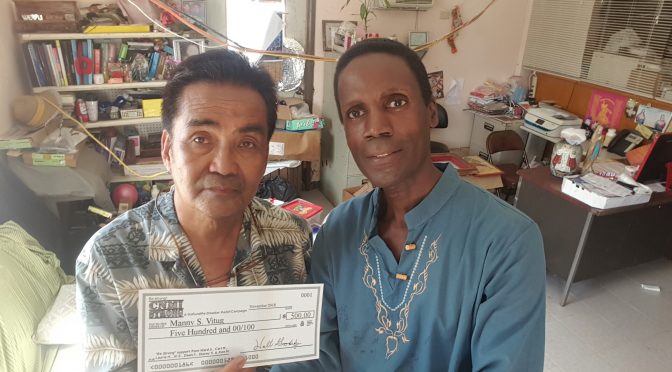 I had the honor of presenting long-time Saipan, CNMI, resident, Manny S. Vitug with a check for $500–a show of support from some of my previous tour clients–to help with the recovery of his business and life after the devastation of  Category 5 Super Typhoon Yutu. Thanks to Ward S., Carl M., Laurie H., Al Z., Dean F., Ronald M., and Stacey Spencer-Willoughby. 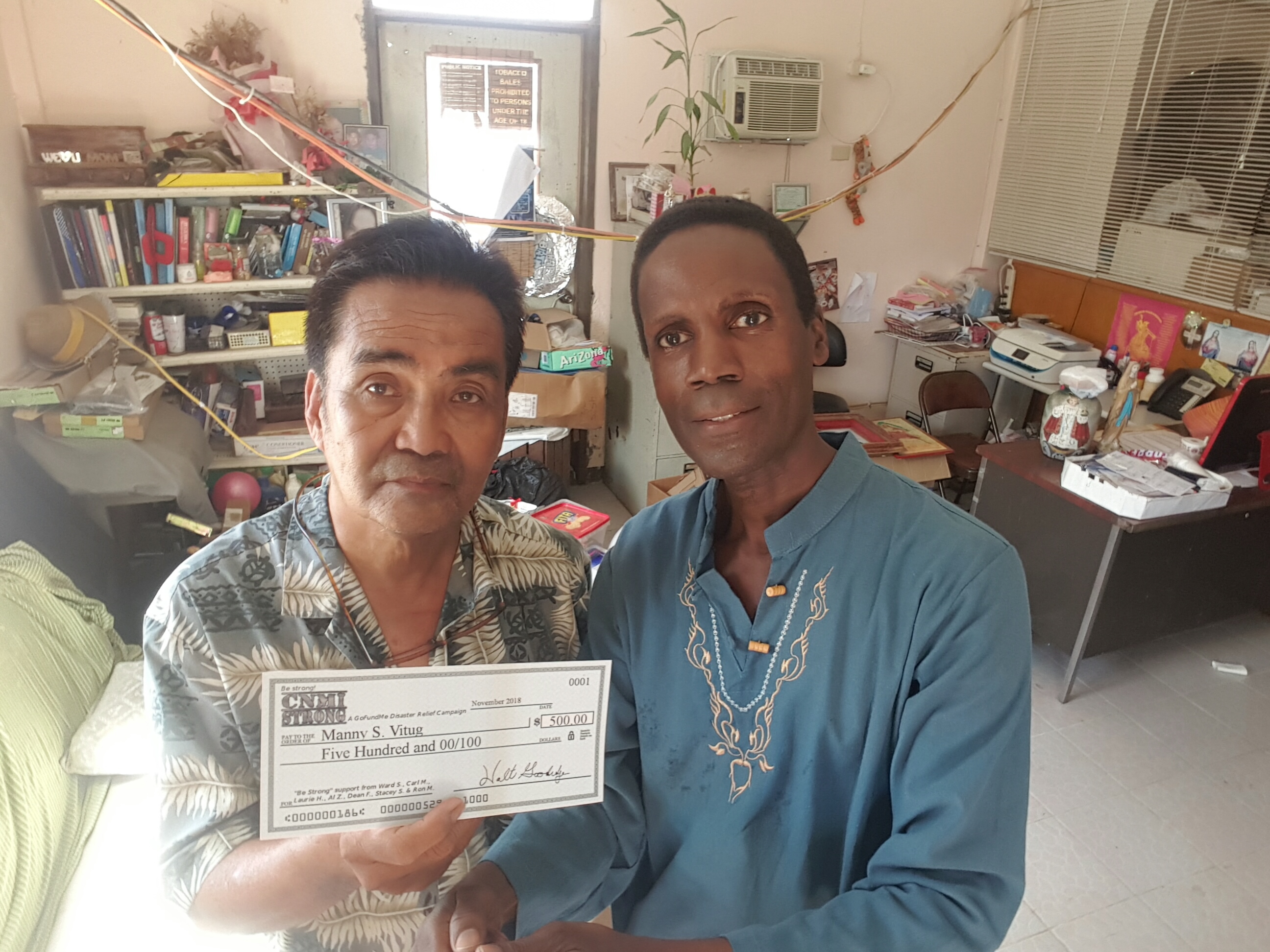 I’m hopeful that the donations will continue so we can help others in need. https://www.gofundme.com/cnmistrong 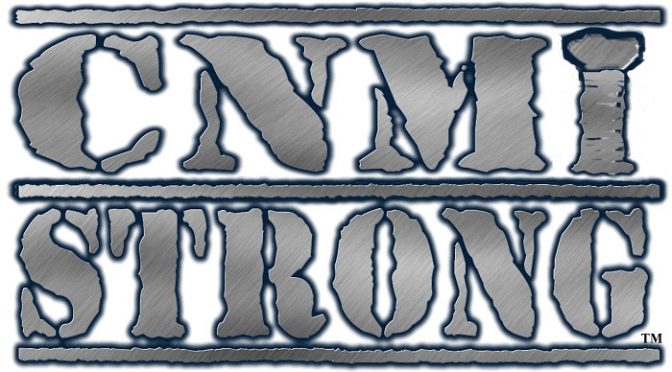 Scenes from the actual storm and aftermath, why I started this personalized campaign, who it will help,and a plea for your support. I’ll be filming the disbursement of funds so you can see where and to whom your money actually goes!

If you can’t support at the moment, then please share, like and help spread the word!  Be Strong! CNMI Strong! 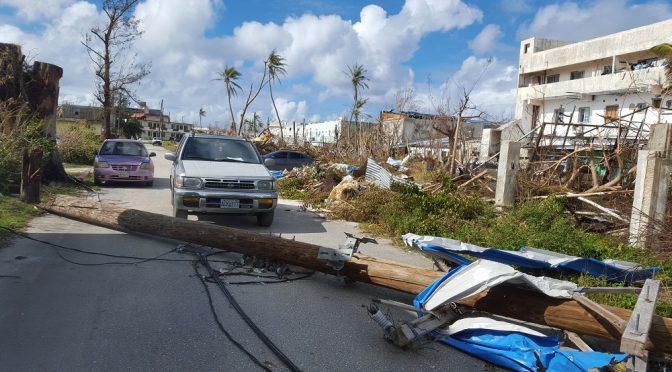 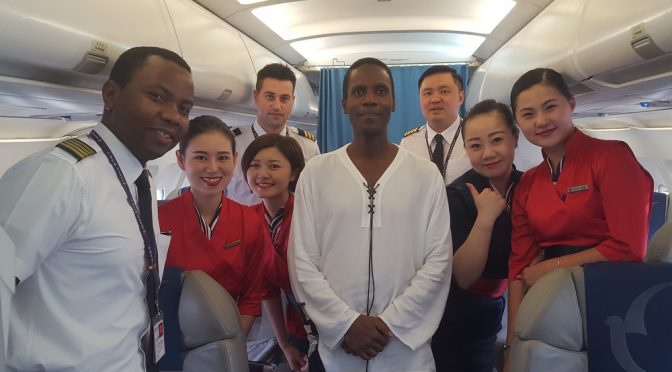 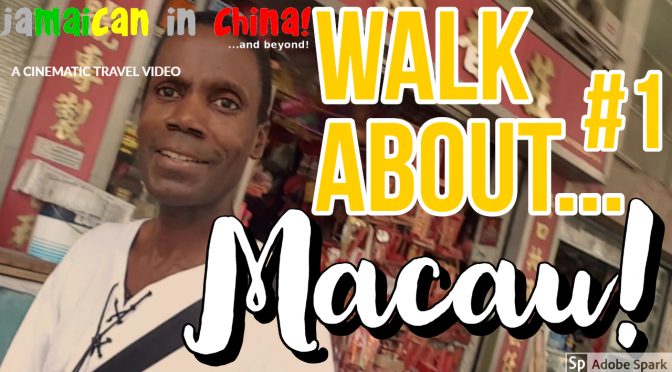 You’ve thrilled to my “Drive through Saipan” series You’ve marveled at my “Scooter stylee through Laos.” Well, now you can enjoy my upcoming new “Walk About…” series! Starting with this Walk About Macau test video!

Overcoming my shyness, my self-consciousness, my naturally introverted personality, and the selfie-stick-stigma, I bravely step out into the streets of Macau to practice using a selfie stick, walking and talking at the same time! (I’ve had practice walking and chewing bubble gum, so this shouldn’t be much more difficult!)

REMEMBER: I created this for my personal use to practice my technique, to get comfortable in public, and to assess the quality of the finished product. So, I’ve simply inserted the raw footage without any fancy editing. I’m not really discussing anything profound, so you probably won’t learn much, but feel free to comment or make constructive suggestions. I’ll start: 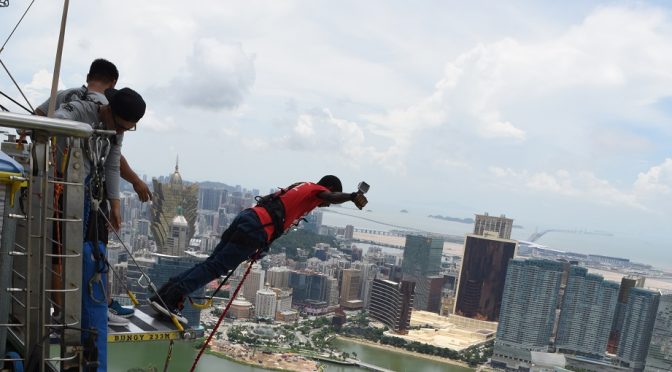 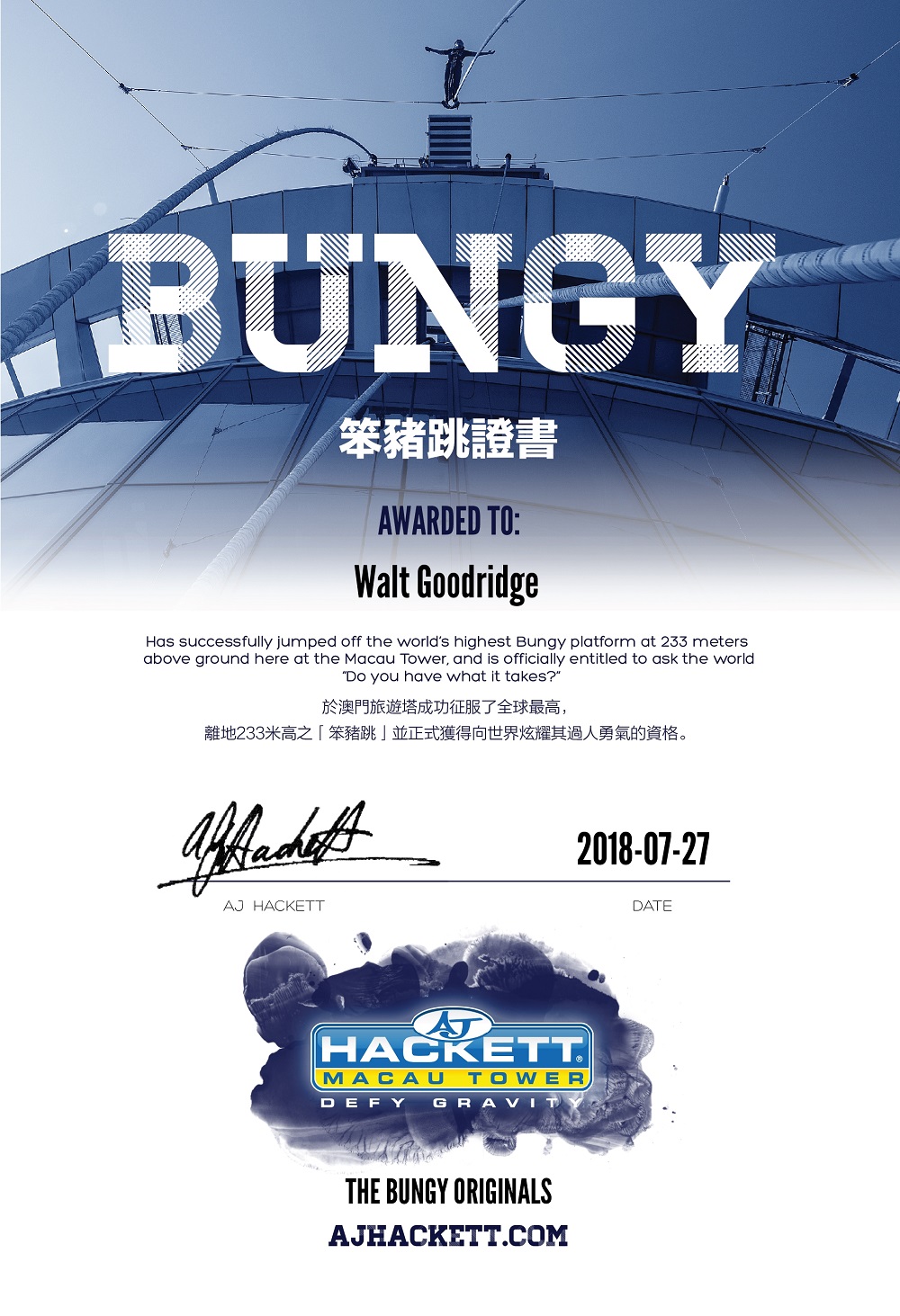