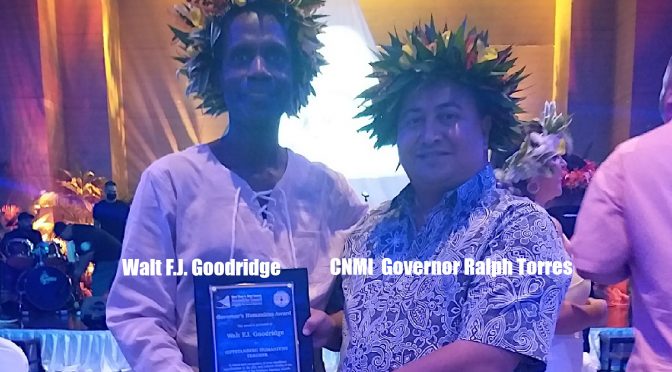 A few weeks ago, a former workshop attendee and coaching client revealed that she nominated me to be considered for this year’s Governor’s Humanities Award here on Saipan. I thanked her (Thanks, Riza!), but I didn’t really believe I qualified because the period of time under consideration was “during the past 12 months.” While I’ve done some workshops and zoom classes over the past year, many of my potentially qualifying projects took place prior to the pandemic.  In any event, as we often say in JA, “nothing ventured, nothing gained,” so I mentioned that I had recently created a video resumé she could reference if she needed to provide supporting documentation for the nomination.

Well, I was pleasantly surprised days later when the Director of the Humanities Council, Leo Pangelinan, emailed me a congratulatory letter on being selected for the “Humanities Award for Research and Publication in the Humanities, Outstanding Humanities Teacher, and Preservation of CNMI History.”

In preparation for the upcoming event, I ordered a few new shirts through an Amazon vendor (they were all sold out of white, by the way), had them shipped to a friend in NYC who subsequently shipped them to me here on Saipan. (Luckily, they arrived the Wednesday before the event)! I brushed the dust off my one pair of dress shoes and waited for Friday. Comes the day of the event, and I really believed I was going to be called up on stage to accept ONE award with a very long name. Imagine my surprise when I was presented with THREE separate awards at last night’s ceremony! As I told my friend, Cinta Kaipat, not many things surprise me, but THIS did! Many thanks to Leo, the entire board, Andrew (who made sure my name was spelled correctly!) and to Isaac Anderson, my photographer drafted for the night! The clip below is NOT the entire ceremony, just the first awardee, then my friend, Catherine C. Perry, then me. (A Walt-specific press release is available here: https://www.waltgoodridge.com/pressrelease/

…and, in case you’re wondering, masks were worn by most folks throughout the event (I met one lady–who was “in the family way”–who wore two masks!) but were occasionally removed for photo ops! 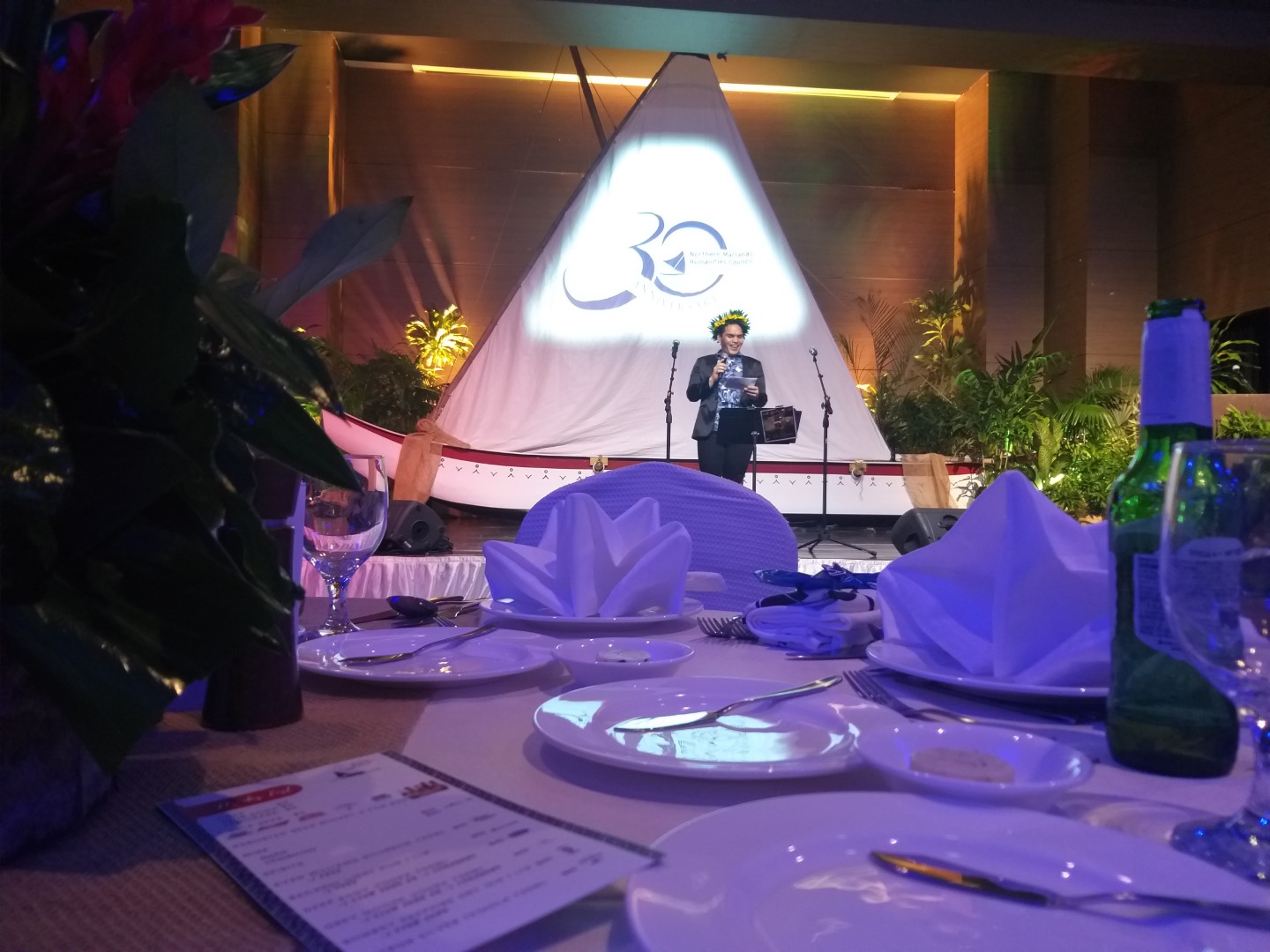 Emcee for the night: Romolo Orsini 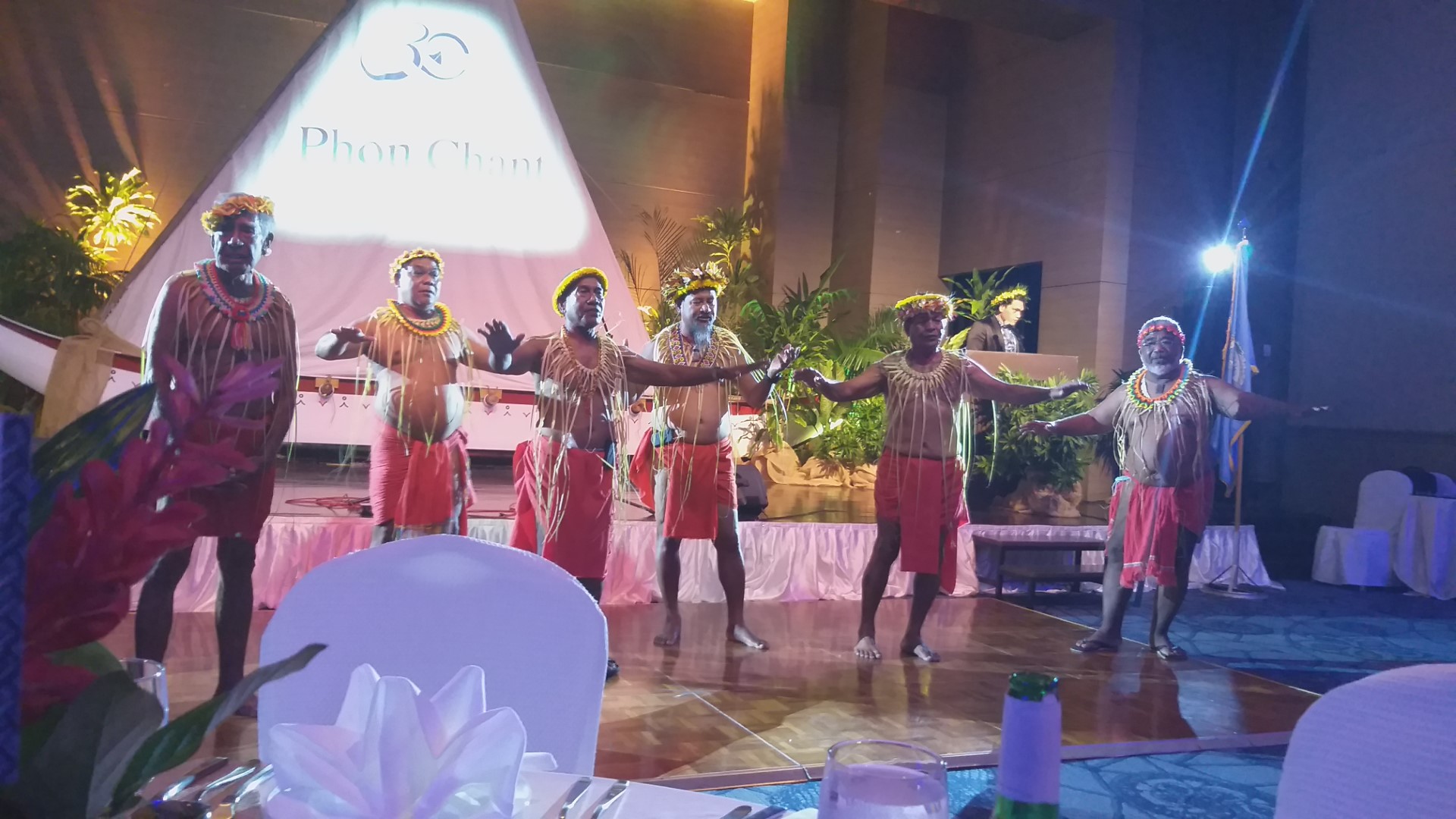 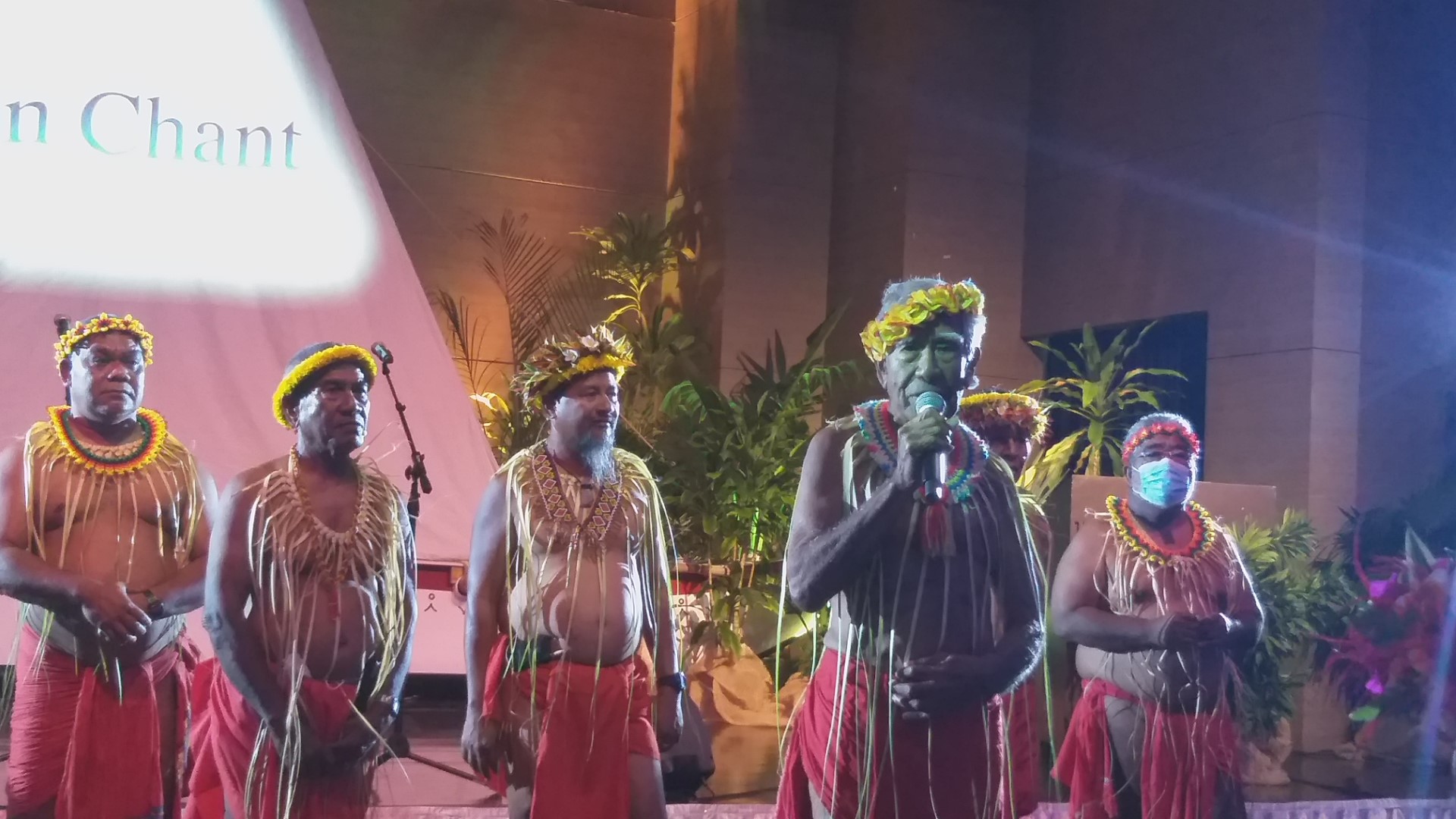 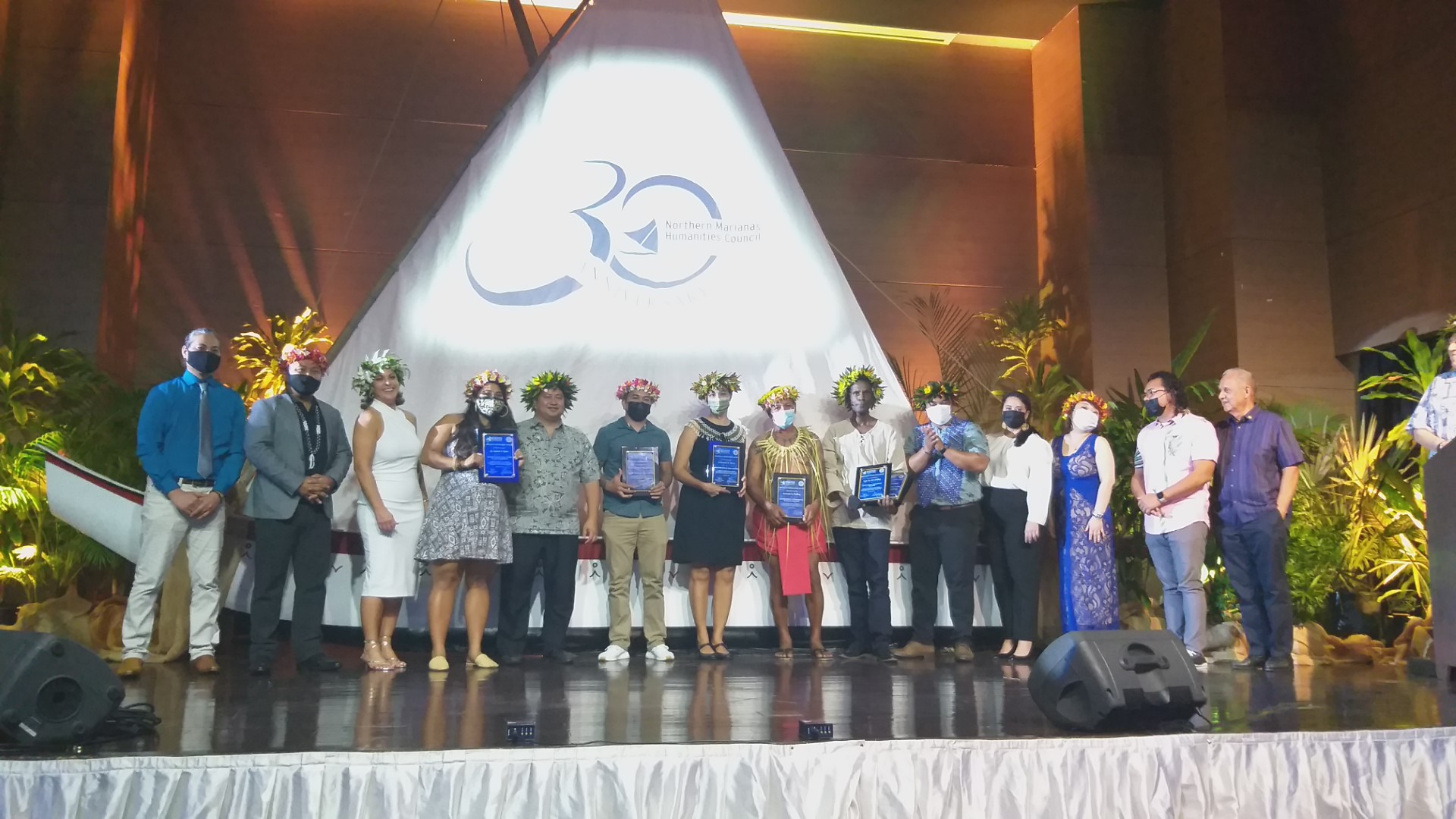 All 5 award recipients with Humanities Board members 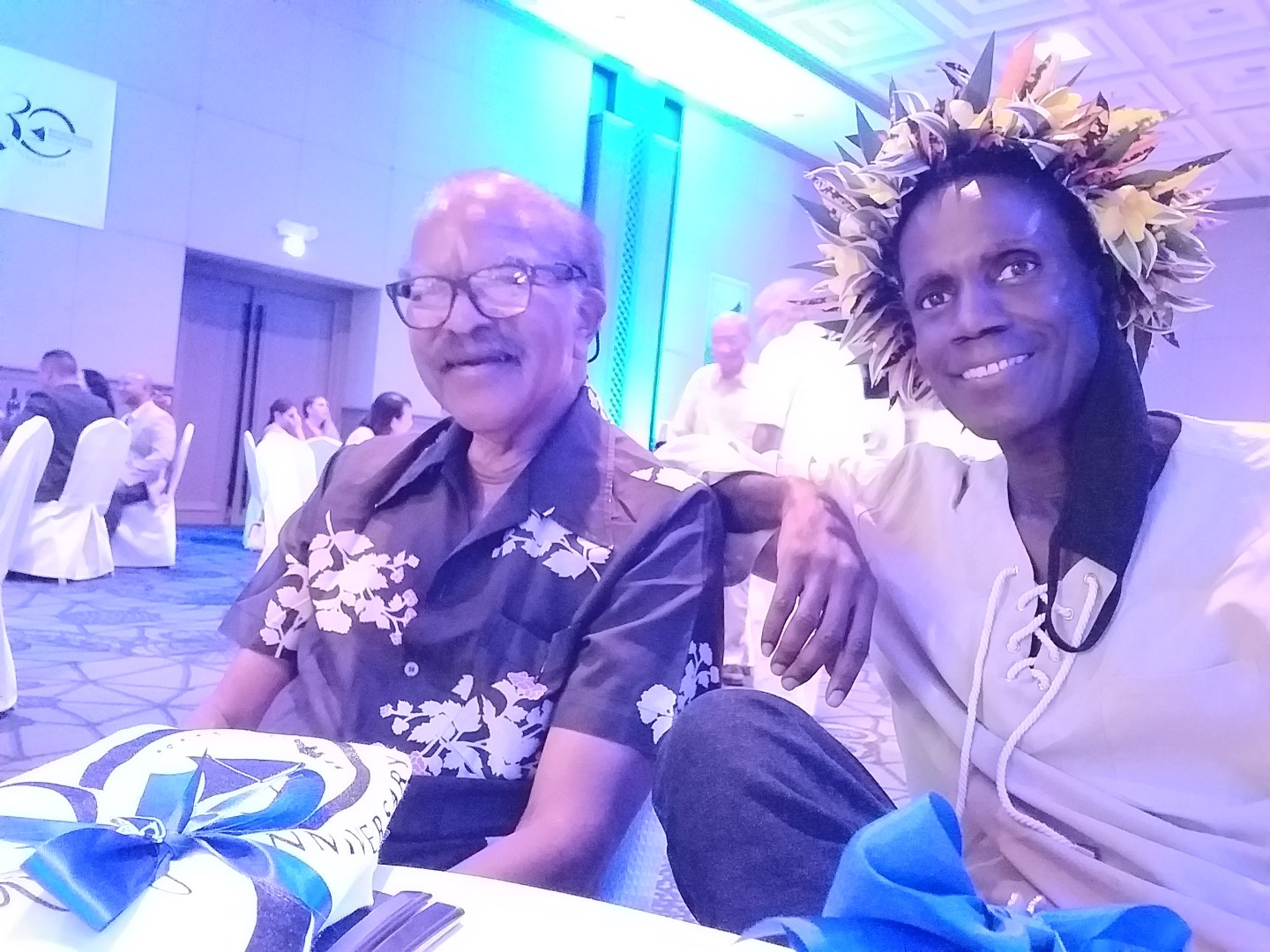 Attorney Joe Hill, the first person I met on Saipan back in 2006! I am wearing a mwar, traditional Carolinian (head lei) headwear typically worn for special occasions. 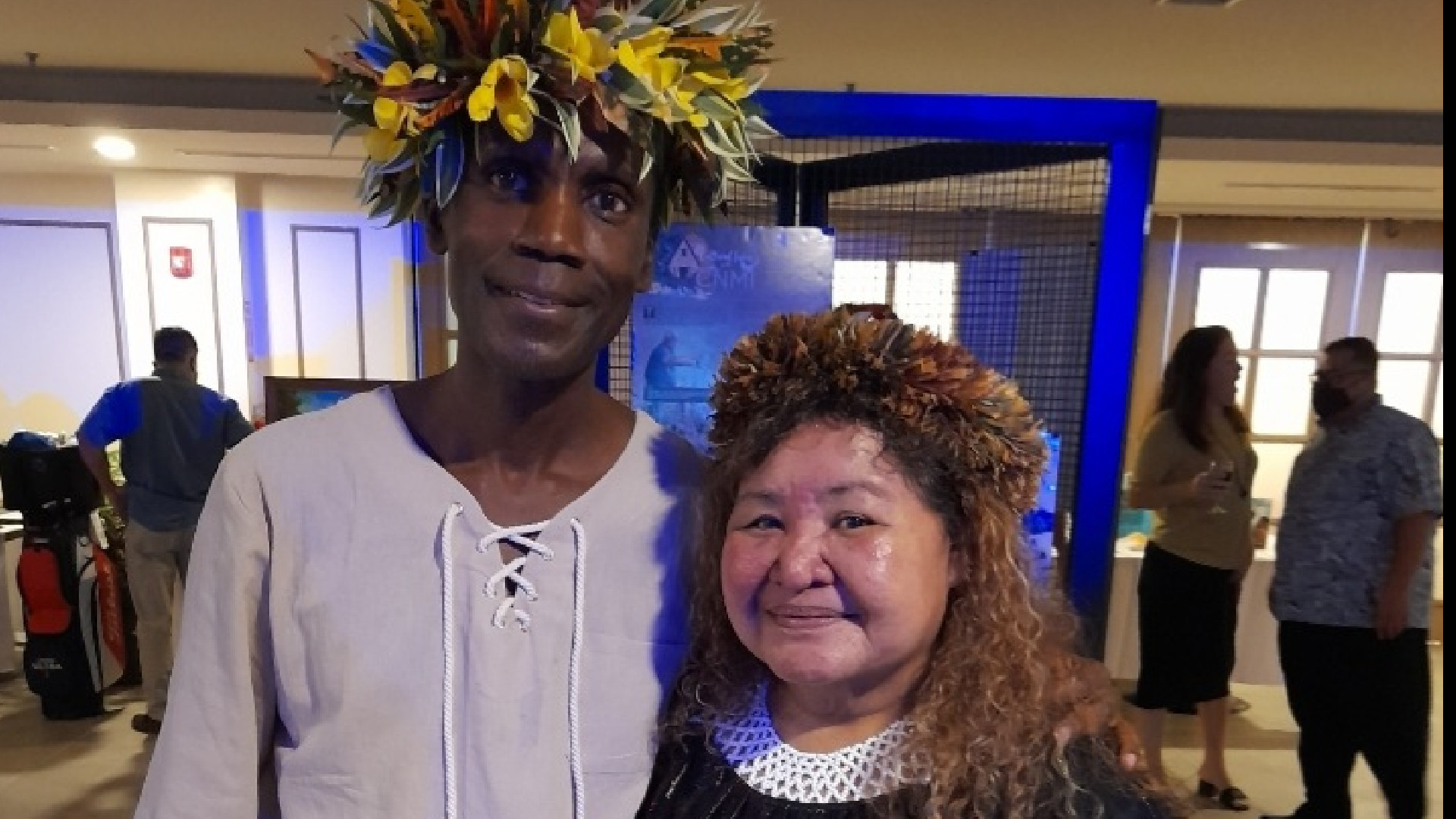 Cinta Kaipat, the fourth person I ever met on Saipan back in 2006! 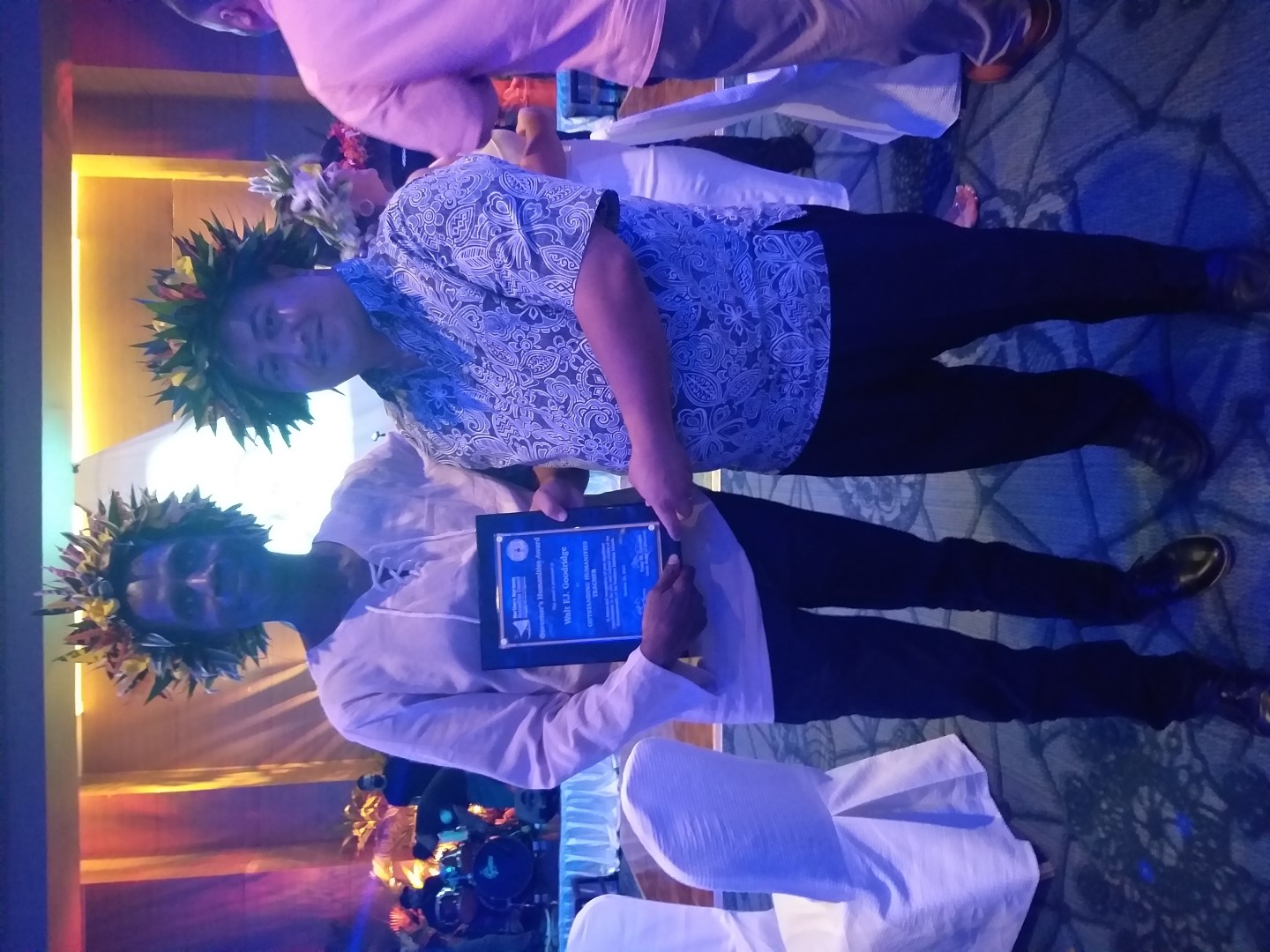 Posing with Ralph Torres, Governor of the Commonwealth of the Northern Mariana Islands 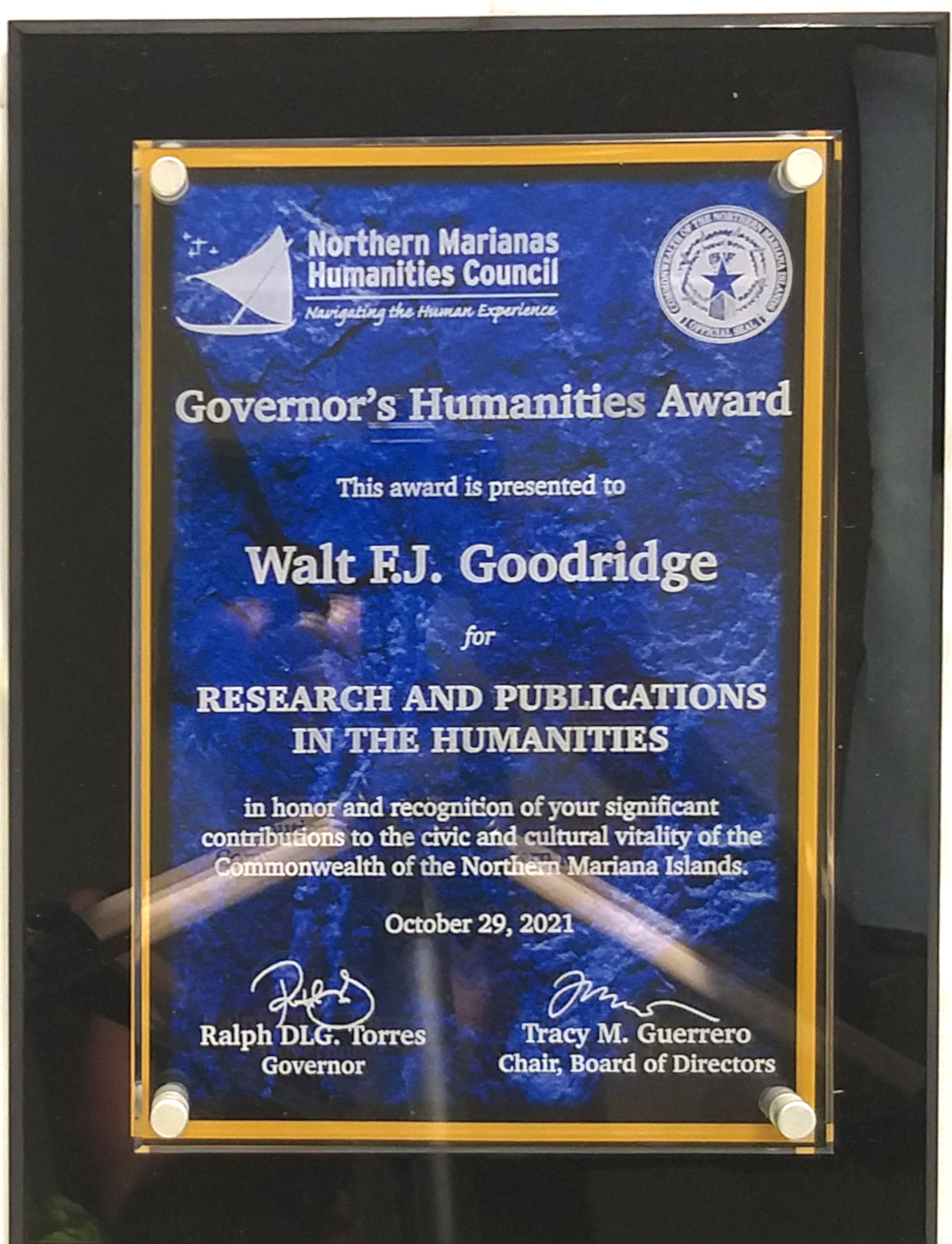 Award number 1: for Research and Publications in the Humanities 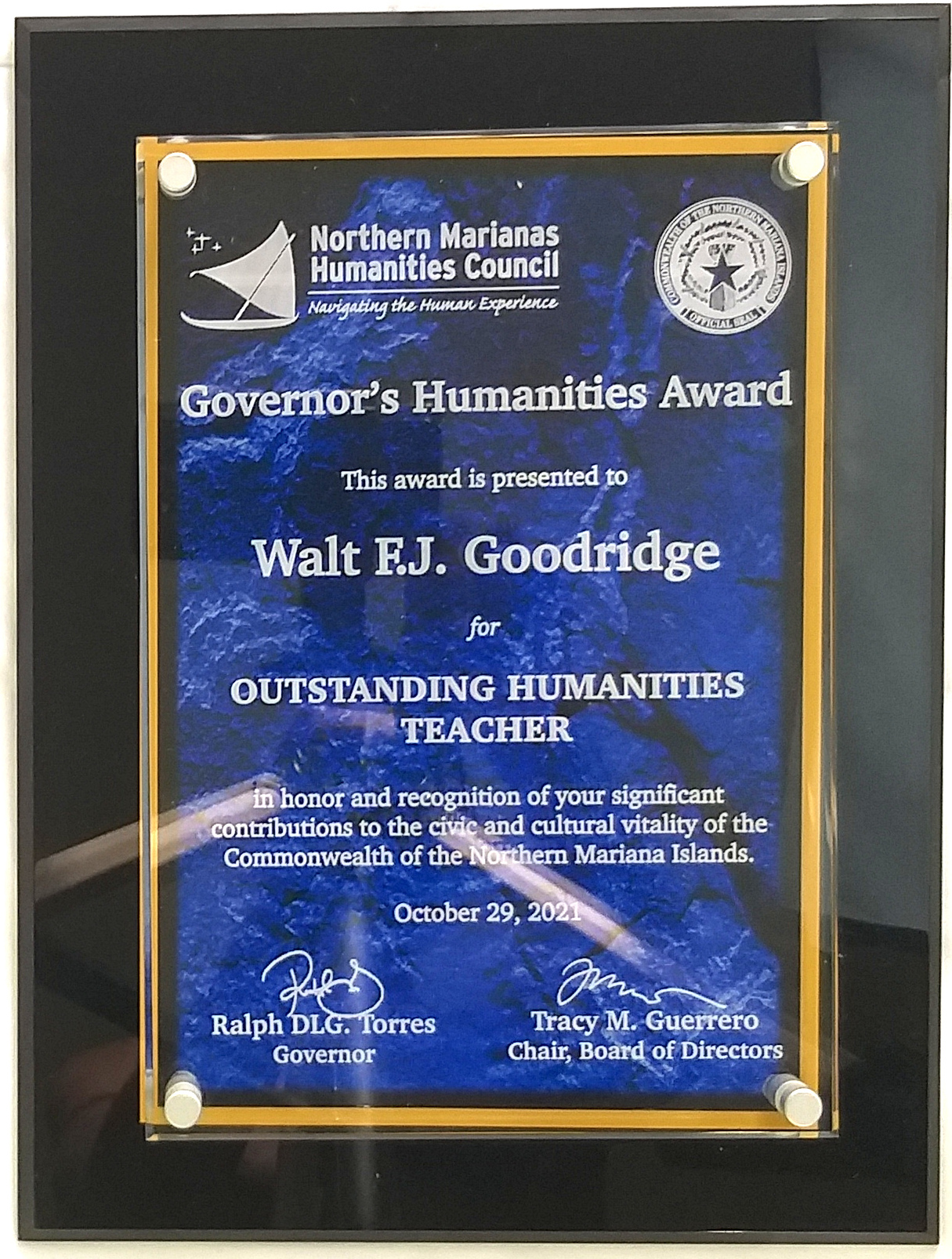 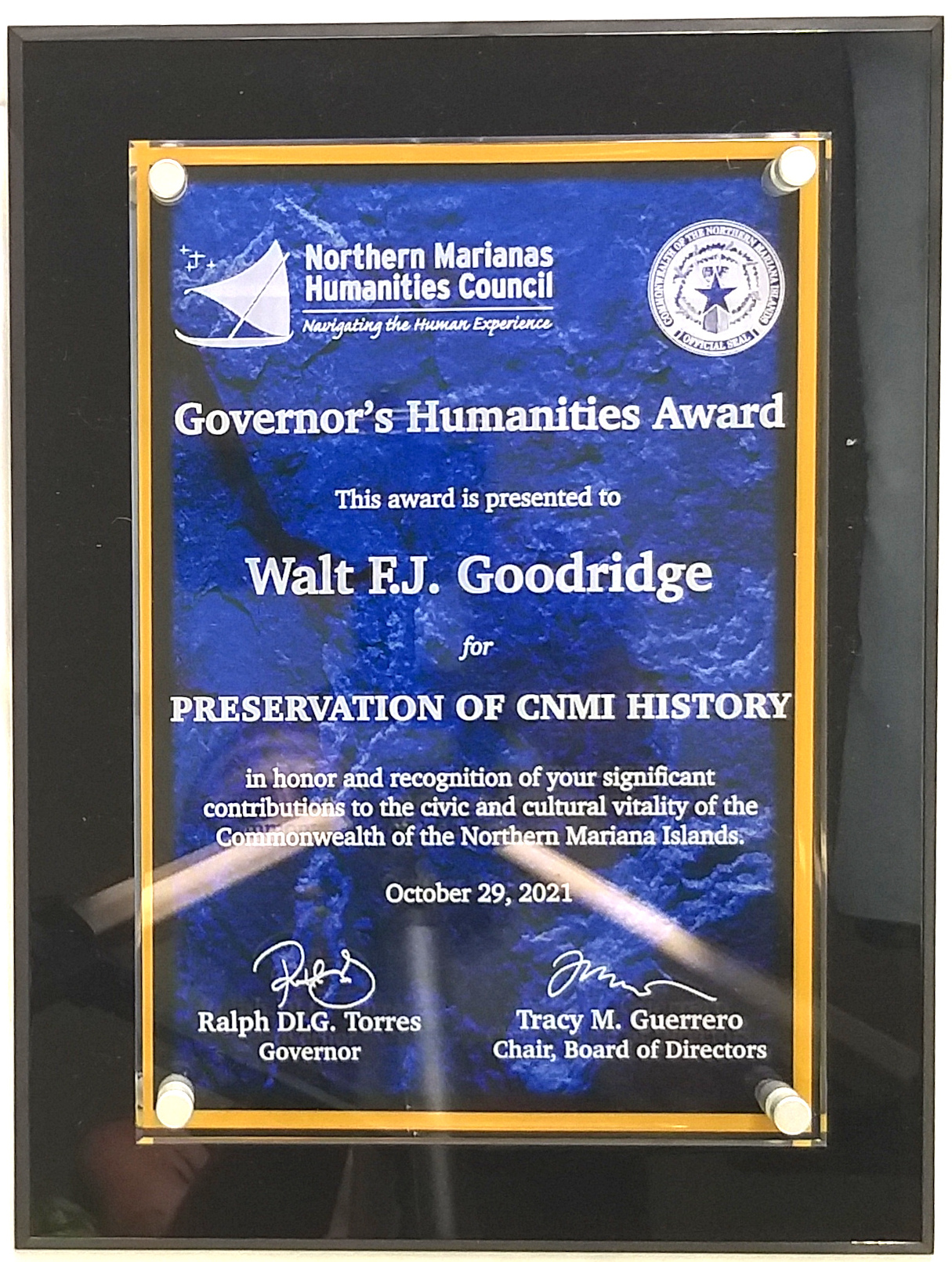 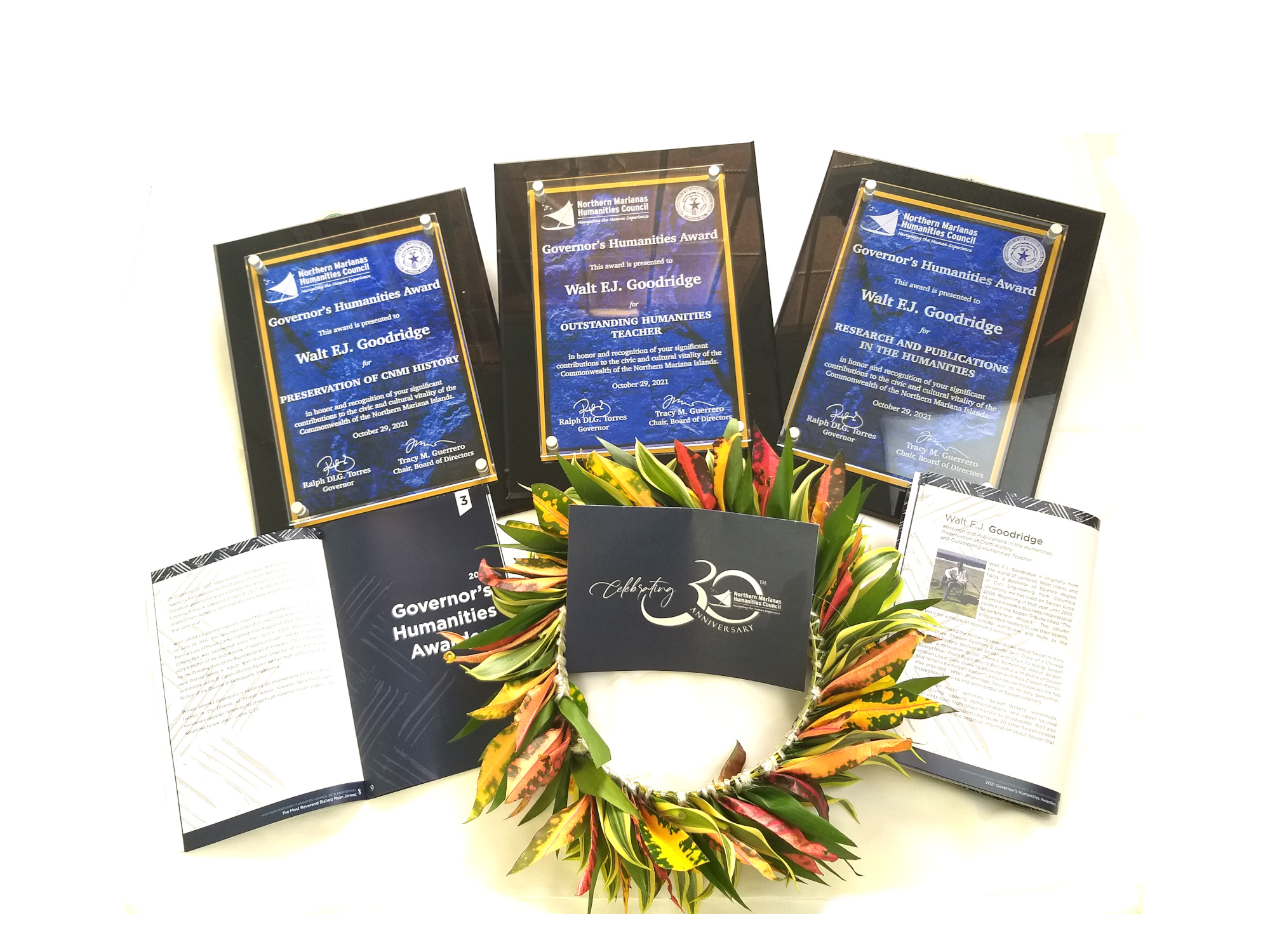 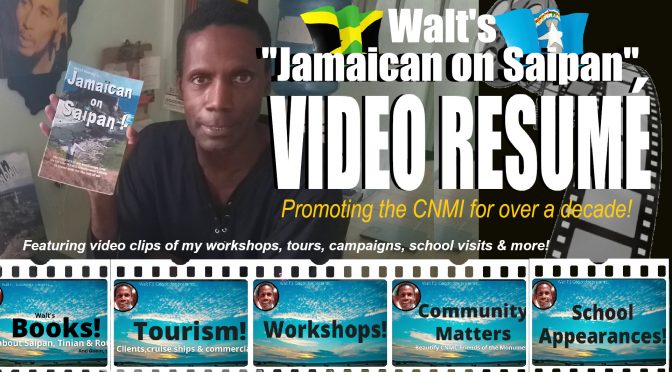 Here’s a video resumé of my Saipan-specific books, websites, workshops, school visits, campaigns and adventures from 2006 to the present! If you’ve ever attended or been part of Beautify CNMI, blogger, Friends of the Monument get-together, you might have been captured by the camera! (a sequel to the “What’s It Like Being Jamaican in Saipan” interview!)

7:01 SECTION • Helping Others
Walt has conducted workshops, visited schools, created health groups in an effort to help others

15:41 SECTION • Showcasing Saipan to the World
From the Saipanpreneur Project to the “What’s it Like to Be Jamaican on Saipan” interview, walt has showcased the best of Saipan in his Saipan Tribune column, 3rd party documentaries and books, websites, tours and in the media!