So, here in Singapore, I’m doing things a bit differently. As mentioned earlier, I’m staying in hostel dorms rather than singles. Prices are a bit higher here, so a bed in a 6 or 8-person dorm costs from $20SGD to $30SGD/night. The exchange rate between US and Singapore is 1USDollar = 1.28SGD (Singapore dollar). So, a $25SGD room is about $19US. Since I’m still thinking in Chinese RMB, that’s about 125RMB, about what I was paying for a single hotel room on Hainan, and WAY MORE than the 40RMB I was paying in Xishuangbanna. Yeah, yeah, I know it’s a different country, but I’ve been spoiled! 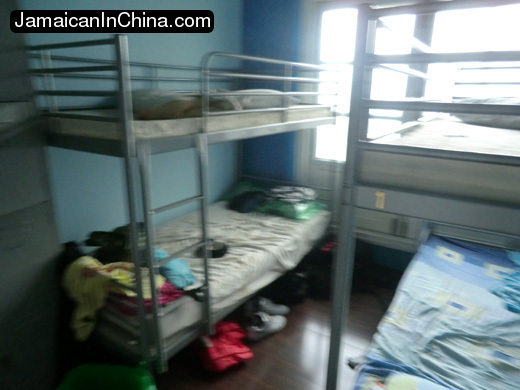 That’s NOT my bed, I swear. I don’t wear sneakers.

In any event, it’s not so bad. It’ll only be for a few days, and people pretty much keep to themselves (or maybe it’s just me). And, anyway, as a nomad writer, I’ve got to experience new things and survive to write about them!

I wanted to take a photo in front of a “definitively Singapore” landmark, but I’ve been told that the famous Merlion Statue is under construction.
[The Merlion is an imaginary creature with the head of a lion and the body of a fish. This half-lion, half-fish sculpture rests on undulating waves. The lion head alludes to the legend of Singapore’s founding by Sang Nila Utama, a Palembang Prince who, on his arrival on the island, saw what he thought to be a lion and thereafter renamed Temasek, Singapura or “Lion City”. The fish-tail represents Singapore’s links to the ancient sea-bound island which was Temasek and its long and successful association with the sea, reflecting how the forefathers traversed the oceans to come to Singapore and the nation’s subsequent dependence upon it as a port.] 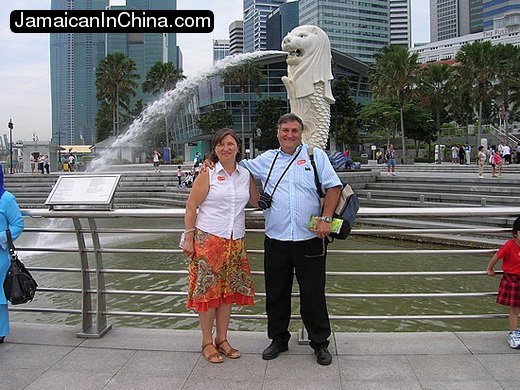 So, if it weren’t under construction, my photo would look like this, except with less people, and with a Jamaican hue. (Use your imagination) And to answer your question, I have no idea who these people are, but that’s what can happen when you post photos to a public blog.

Shao Yi, a couchsurfer I met online, gave me a little tour of the Little India part of town, and told me where I could find a “reasonable facsimile” of Merlion… 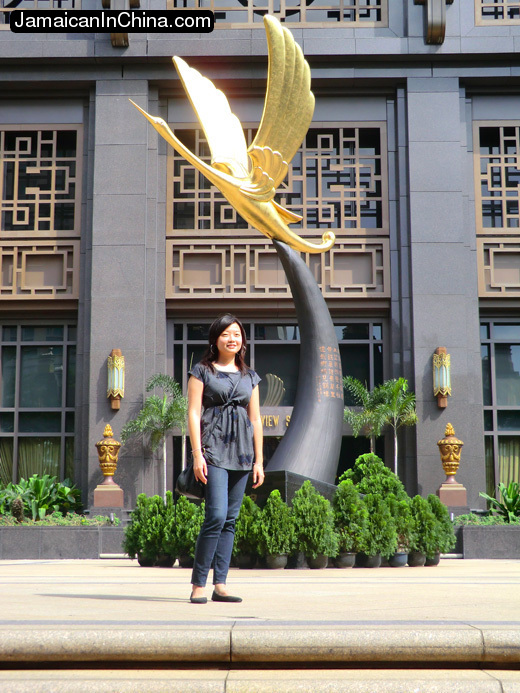 Shao Yi…(Let me know how the book develops, Shao Yi)

According to Shao Yi, said facsimile exists at a tourist spot called Sentosa where I took these photos… 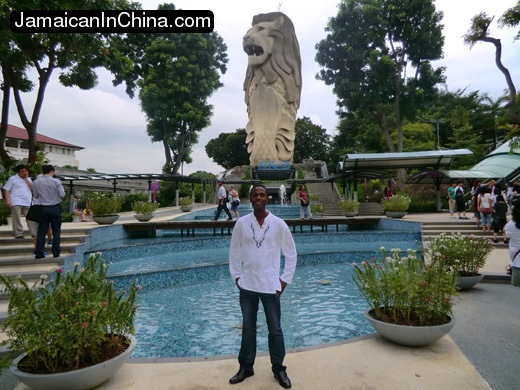 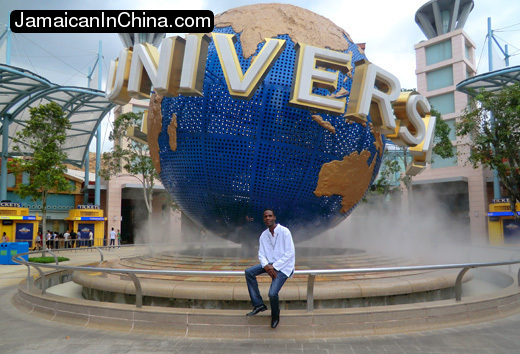 Thanks to my friend, Greta, in Beijing (who’s originally from Singapore), I made some new contacts here. We met for dinner and then headed to a friend’s birthday party. A fun time was had by all! 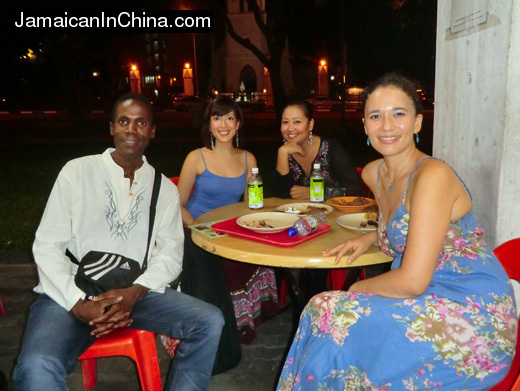 Walt, Emilie, Kay and Michelle dining in Singapore.
By the way, how do you like my new shirt? This is my favorite style, so I bought three, and may go back and get some more before I leave Singapore. So, don’t set your fashion expectations too high as it concerns the diversity of my wardrobe in upcoming posts. No names, but some of you (Ken!) have a tendency to comment on this as if it mattered to me. 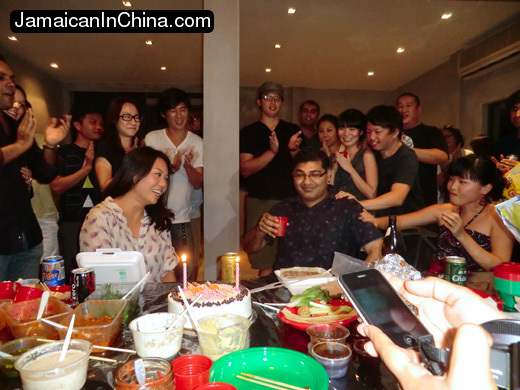 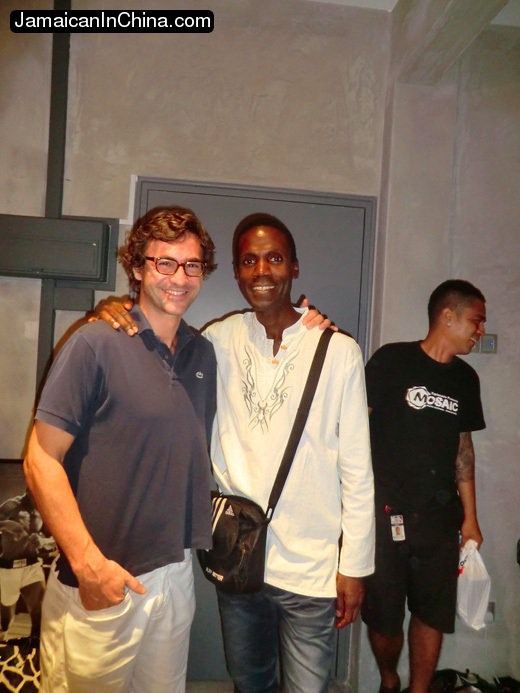 Luigi, from Italy! Great conversation, Luigi. I’ll let you know when the Dating in China for Foreigners book is out! 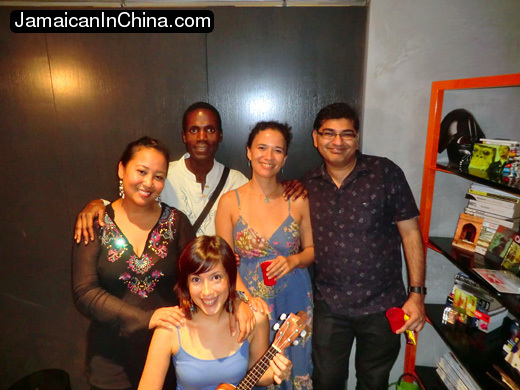