DAY 2: In the name of Jamaica!

What if Chuck Noland were Jamaican?  I think abut these things. Remember the movie Castaway starring Tom Hanks as Fedex employee, Chuck Noland? His plane crashes off a deserted island in the middle of nowhere and Chuck, as the lone survivor, has to figure out how to stay alive. Great movie. Well, what if the same fate befell a Jamaican castaway? How would the story be different? 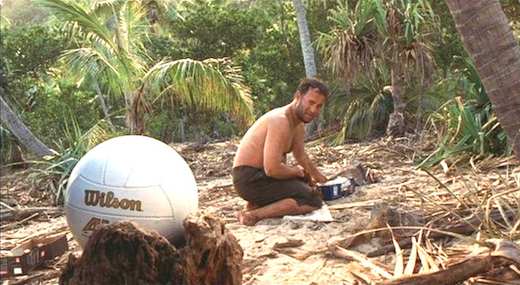 Well, for one, our Jamaican castaway would already know how to open a coconut, so that wouldn't be a major challenge to survival. Two, his best friend would probably be a soccer ball rather than a volley ball if he had his way. 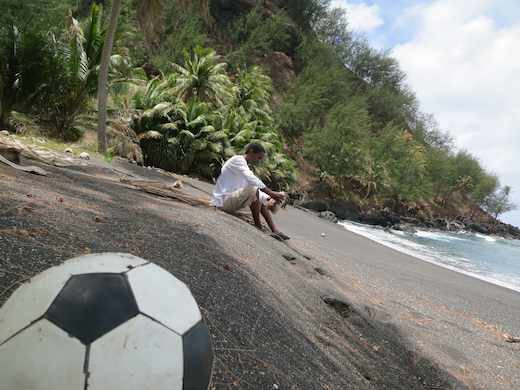 I can see it now! Walt Goodridge as Dexter Style in "Jamaican Castaway on Pag-an" coming soon to a theatre near you!

In any case, I'll leave you to ponder those possibilities (please contact me for the movie rights) while I continue with my real life adventure! 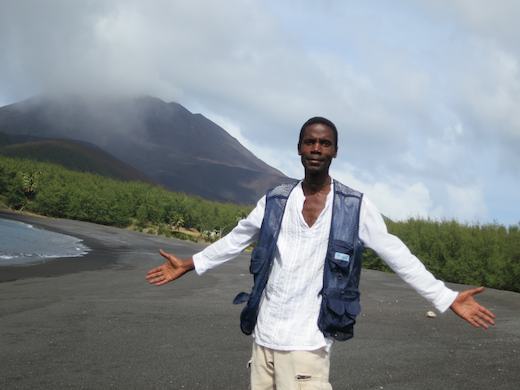 Yes, I am now Jamaican on Pag-an! (standing on the black sand of the north bay)

On my first full day on Pag-an, I meet Sandy, better known as the chief of Pag-an! I'll share more about him and the four other residents of the island a bit later. For now, Sandy was nice enough to welcome me to the island and give me a brief tour.. 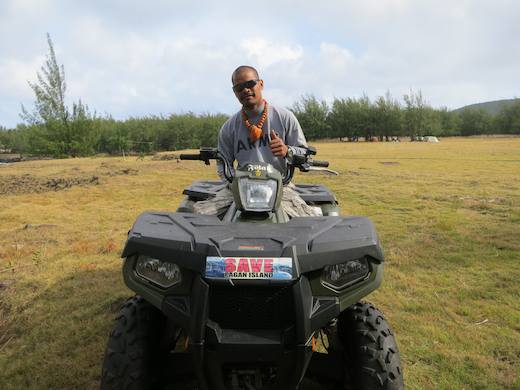 Sandy, the chief of Pag-an

First stop: a high point in plain sight from which to plant the Jamaican flag and claim this island in the name of the people of Jamaica!! This one is for the record books! Walt Goodridge is the first Jamaican to set foot on the Pacific island of Pag-an! That's my story and I'm sticking with it! 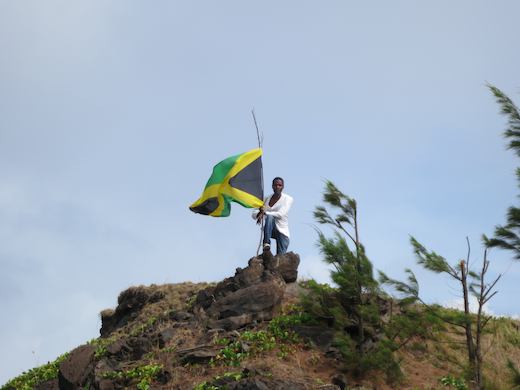 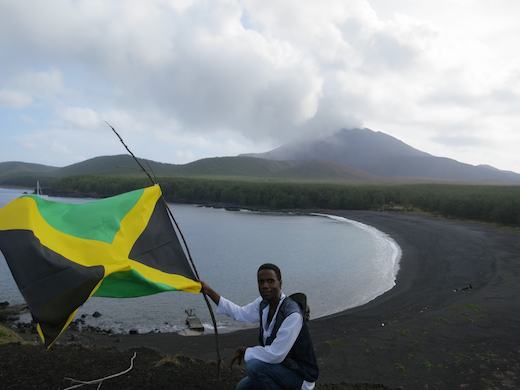 Let the ecotourism begin! Bring your own flag and discover Pag-an for yourself!

Next, a few historical sites. Until I started doing WWII tours of Saipan and Guam, I had no idea how widespread the Pacific conflict had been. It touched practically every island in Micronesia. Most of these islands were occupied by the Japanese at that time. Here on Pag-an, too, there were once at least 8,000 Japanese and about 300 indigenous I'm told. 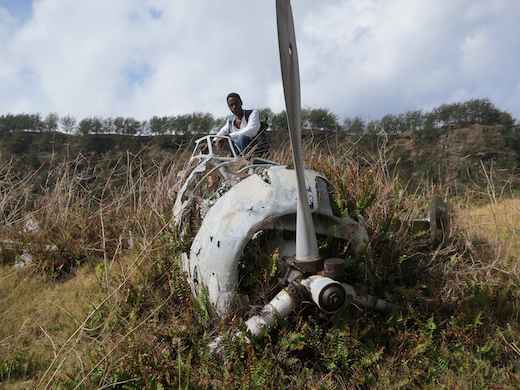 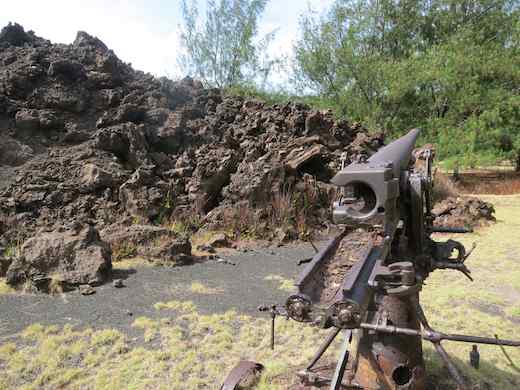 The black rock is cooled lava. When the volcano on Pag-an erupted in 1980, this is where the flow stopped, just a few feet from this WWII relic 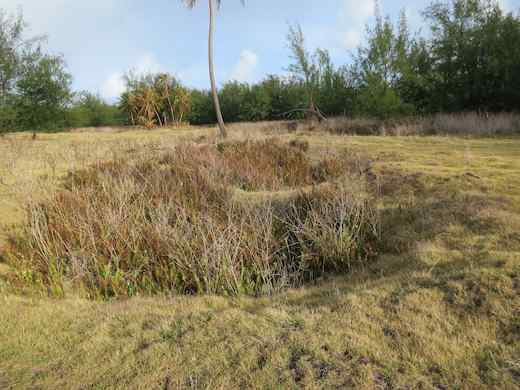 70 years later, huge craters from the aerial bombing of the island still remain. 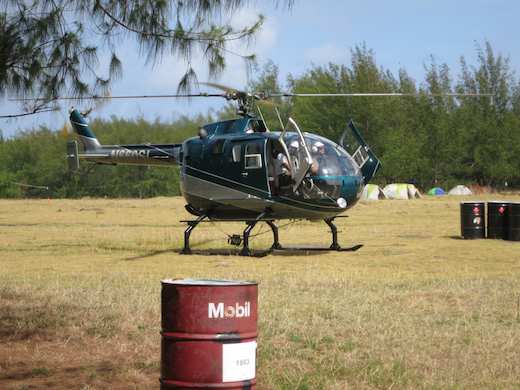 Sidebar: While we were there, a helicopter arrived with a member a team of researchers monitoring the seismic activity of the volcano.

Well, we've been here for a while now. Curious to meet the 5 residents of the island of Pag-an? Want to know what modern-day pioneer life is like on a little island in the middle of the Pacific?  Let's approach their homes… 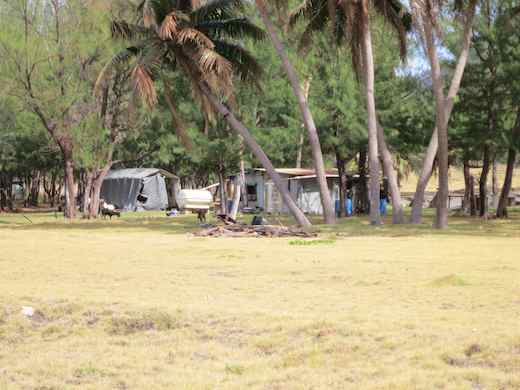 Well, actually, let's wait until tomorrow for that!! Stay tuned!