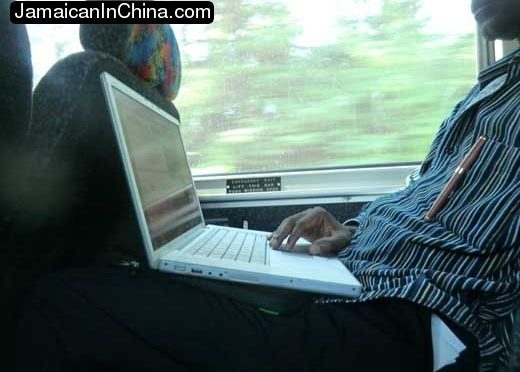 This week I was in Augusta, Georgia. Why, you ask? Well, I’d like to tell you, but if I did, I’d have to–you know–let’s just say that in the interest of national security, and your continued existence, it’s better that you NOT know. Okay, Okay, I’ll tell you, but you have to promise not to say anything if any men in black suits visit you and ask about it, okay?

I was at a top-secret military establishment, doing a top secret workshop, where I shared some top secrets. On a serious note, my agreement to do the workshop came after a lot of contemplation and reconciliation with my ethics, but I’ll save those details for a future post or article. 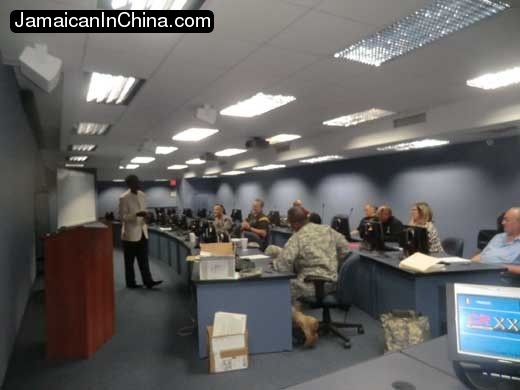 Since I was just a 2-hour bus ride away, I decided to take a Greyhound to Atlanta to visit with friends. It seems that everyone I know has moved to Atlanta.

So, I’m sitting on the bus, settling in for the two-hour ride, and while scanning the interior of the bus, I see a “WI-FI” sign! My heart skips a beat! Excitedly, I pull out my laptop and scan for a signal, and voila! Hi-speed internet access on a bus going 80 miles an hour down a highway! It’s been years since I’ve taken a Greyhound, so I was unaware just how far we as a society have come.Can life get any better than this? 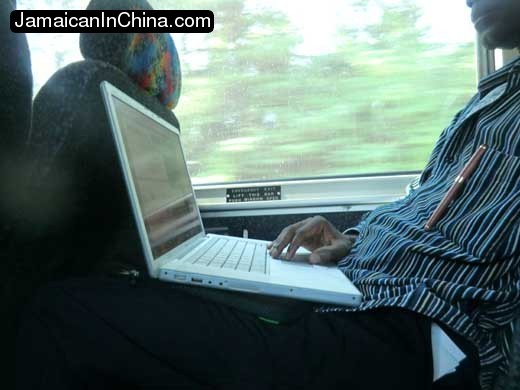 First stop was a visit to see Cristy and Ricky! Surely you remember Cristy from Colombia and Ricky from Guatemala? Come on now! They are the couple I met while on Saipan, who’d been to 129 countries at the time (I’m sure it’s more by now, but I forgot to ask), and who I interviewed and wrote about for the Saipan Tribune.

They are the ones who encouraged me to throw caution to the wind and venture out on my own to China! I thank them every time I see them. They were responsible for me becoming “Jamaican in China!” 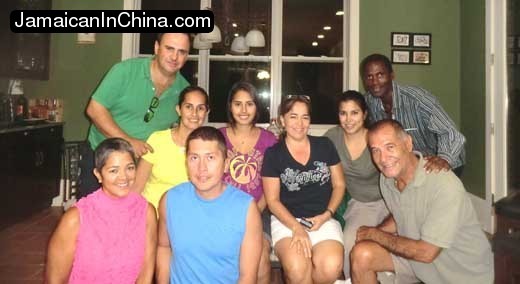 Hanging out with Cristy and visiting friends from Colombia.Cristy’s on the far left in pink, and my hand is on Ricky’s shoulder

Stay tuned! Cristy’s been showing me photos of Quindio, Colombia, and I have a strange feeling I might be Jamaican in Colombia soon! 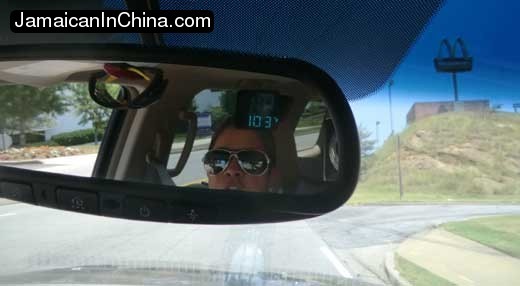 Did I mention it was 105F in Atlanta? My kind of weather! See the thermometer reading on the rear view window?

Then the Wandering Walt was handed off from Cristy to my good friend, Anika. 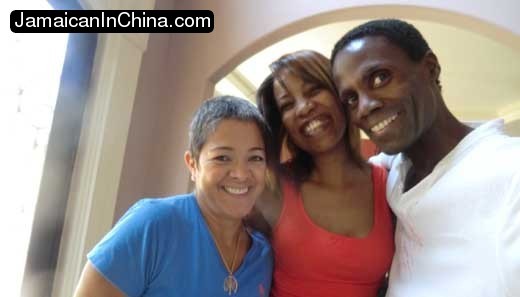 Cristy, Anika and the Jamaican. Your time to watch him, kiddo!

Of course, no trip to any new destination would be complete without a quest for a vegan restaurant. So, I reconnected with my good friend, Princess Dixon, who New Yorkers might remember was a regular vendor at the West Indian Day celebration on Eastern Parkway, and started out vending on the corner of Church Street and Vesey in Lower Manhattan which is where we first met. Princess and her partner, Kwadwo, are now the proud owners of Healthful Essence Restaurant in Atlanta! This restaurant’s got everything! It’s vegan soulfood with a Caribbean flavor! I’m in heaven again! 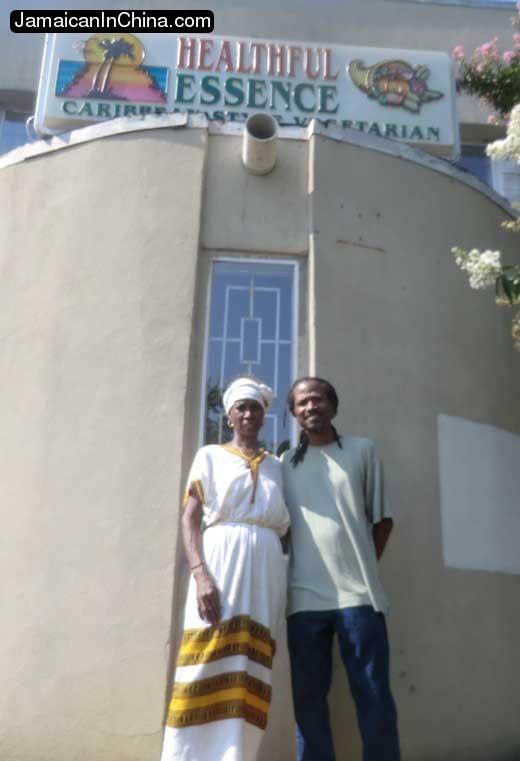 Princess and Kwadwo in front of Healthful Essence, 875 York Ave in the west end of Atlanta

And, if you can’t make it to Atlanta, but want to sample some of the meals I had while there, check out Princess’ cookbook! 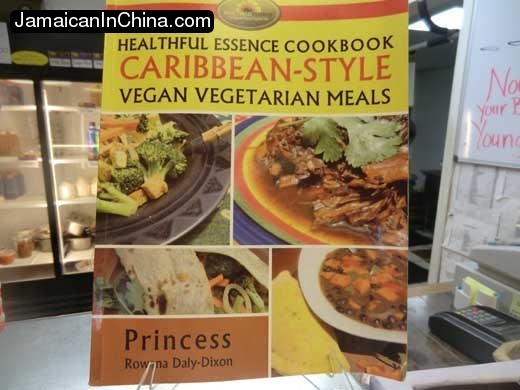 visit the site to order the cookbook at HealthfullEssence.com, and check out her Youtube promo video featuring a delicious look at Raw Pizza, Un-fish cakes, Roti and more!

And then, it was back to New York! 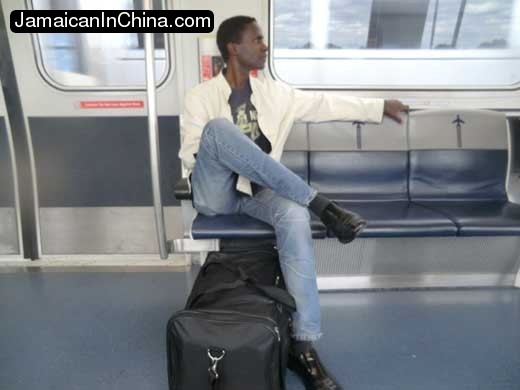 On the AirTrain from JFK airport to Queens!