So, I met Cong through the Couchsurfing.org website before I left Saipan. She graciously offered to take me around to a few places in Beijing once I got there. We agreed to meet on Thursday (Day 4). Interestingly, as I had learned through her couchsurfing profile, she speaks Spanish (quite well), and so do I, thank you very much.

As we conversed, any word Cong didn’t immediately recall in English, she said in Spanish so I could understand.

(FYI: Maybe I should write the lived-but-never-chronicled Jamaican in Washington Heights saga and tell you about dating my college girlfriend who was a half-Chinese, half-Dominican Latina. Washington Heights is a neighborhood in upper Manhattan, New York, where the culture of the Dominican Republic reigns supreme!)

So, this English/Spanish/Mandarin speaking Jamaican boy in China, is hanging out with a Mandarin-English-Spanish speaking Chinese girl from Beijing, and our conversation is an interesting mix of Spanish, Mandarin and English…um, let’s see…Ok, give me a minute…Spanglarin!? Spandarish!?? Yeah, that’s it! Speaking Spandarish!

We went to the Apple store and used Baidu.com (the Chinese “Google”) via the free wi-fi access to plan our day. 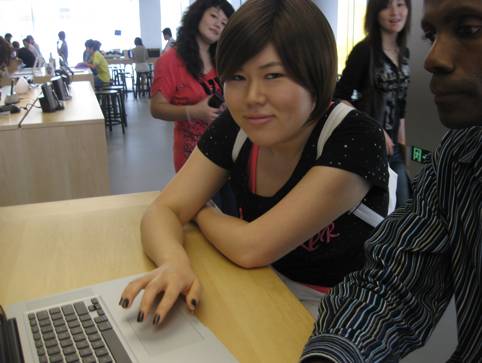 At the Apple store in Beijing getting directions

Then we headed on the metro to Tiananmen Square. According to Cong, for most Chinese, it’s just a place to come and take pictures and where an annual festivity is held. For most westerners, the name conjures images of tanks and student protests. 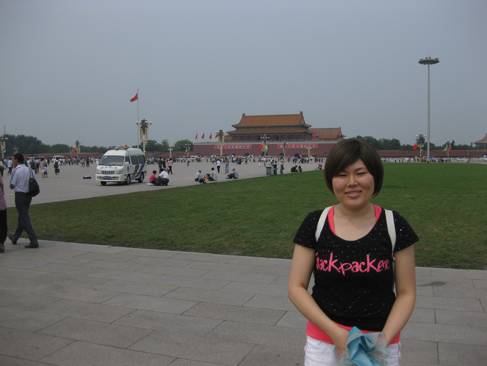 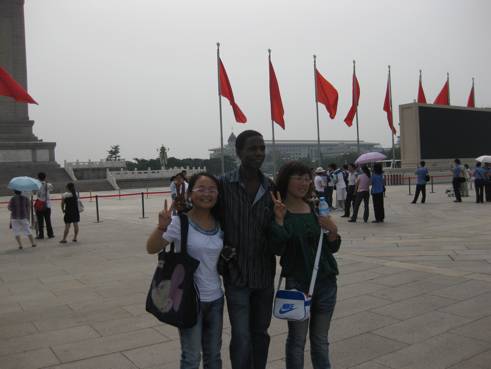 “Can we take a photo with you, please?” (Y’know, I’m going to start charging you girls money soon) 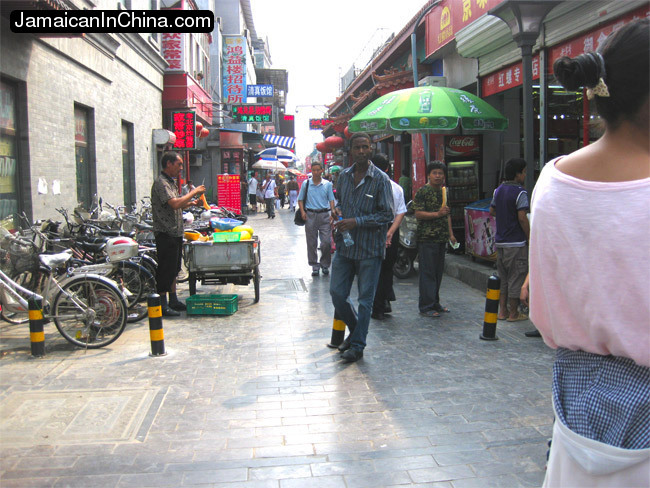 Jamaican on the Streets of Tiananmen

On the way to the restaurant (my third time this week), we stopped at a juice bar where I introduced her to wheat grass. She was adventurous, tried a bit, and liked it! That’s amazing! Personally, I hate the stuff! I just drink it for the chlorophyll and health benefits!

She noted that seeing me enter the store, grab a blade of grass from a tray and eat it, was just about the most shocking thing she’d seen in a while. It was like seeing someone stoop down on the sidewalk, and start grazing on a lawn! 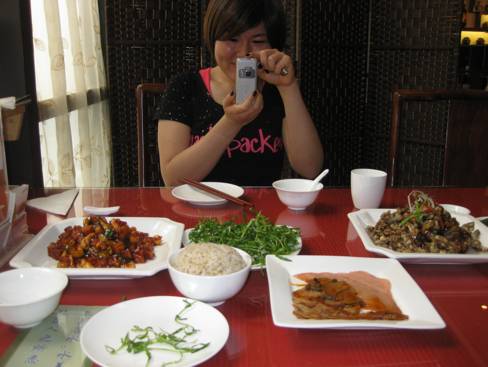 So, check this out. A little-known secret of restaurant dining in Beijing is what I’m going to call “Pay List Lotto!”  (If I recall correctly, the mandarin phrase for check translates literally as “pay list.”)  According to Cong, you can request a special feature on your check for the meal that has a scratch-off lottery option. Most times, you just reveal a “thank you!” but she once won money!

The restaurants won’t automatically offer the ticket since they’re charged some sort of tax when they do. Even if you’re hip to the game and request it, some restaurants may weasel their  way out of giving it to you claiming to be out of the tickets. But now you know!

Ahem, It goes without saying, of course, that one of the most important phrases I am determined to learn is how to ask for that darn ticket! 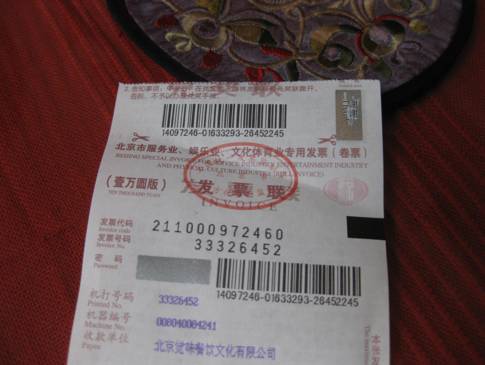 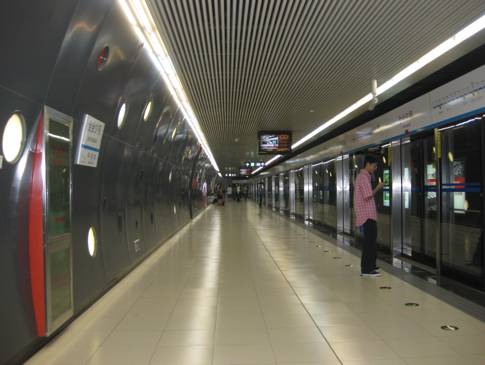 And, thanks to Cong, in a just a few hours, I’m already starting to recognize and understand Chinese characters!

All in all, a great day! Thanks, Cong! There had been tentative plans to attend the Couchsurfing Foodie Night later that evening, but I was in a stay home mood by day’s end!

green grass to drink, and even money to earn!