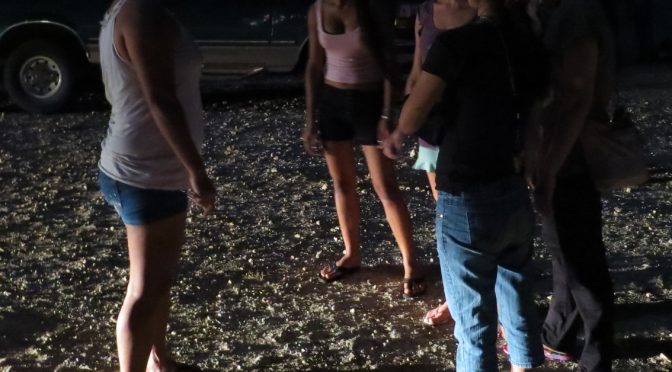 [Text from Wikipedia; Photos from Saipan Nov 17, 2013!]
[wikipedia] Loi Krathong (also written as Loy Krathong or Loy Gratong, Thai: ลอยกระทง, IPA: [lɔːj kràʔ tʰoŋ]) is a festival celebrated annually throughout
Thailand and certain parts of Laos and Burma (in Shan State). The name could be translated “Floating Crown” or “Floating Decoration”,
and comes from the tradition of making buoyant decorations which are then floated on a river. 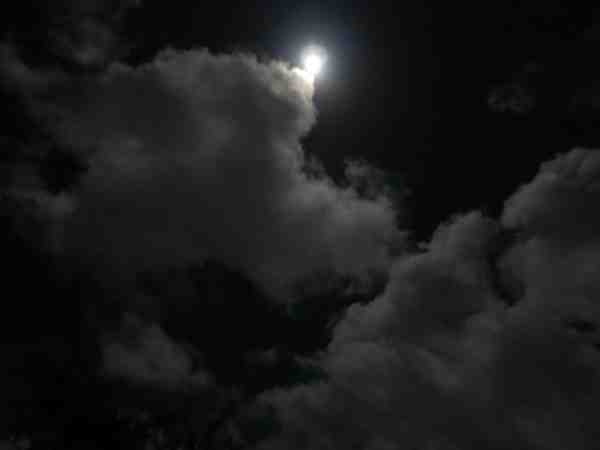 [wikipedia] Loi Krathong takes place on the evening of the full moon of the 12th month in the traditional and they do this all evening on the 12th monthThai lunar calendar. In the western calendar this usually falls in November. 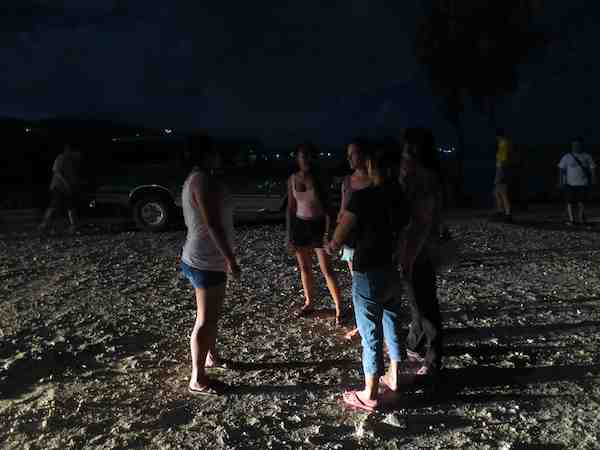 Thai girls and guys and friends gather at the fishing dock 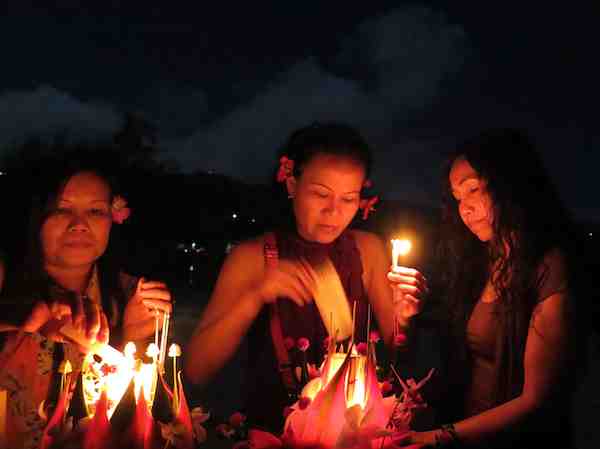 Loi Krathong are lit and readied

[wikipedia] Loi means ‘to float’, while krathong refers to the (usually) lotus-shaped container which floats on the water. Krathong has no other meaning in Thai
besides decorative floats, so Loi Krathong is very hard to translate, requiring a word describing what a Krathong looks like such as Floating Crown, Floating Boat, Floating Decoration. 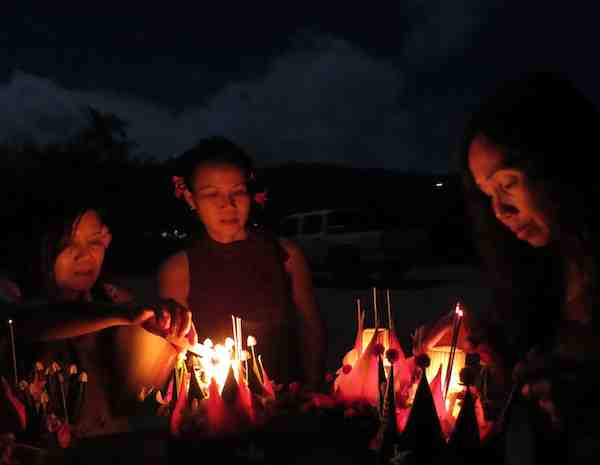 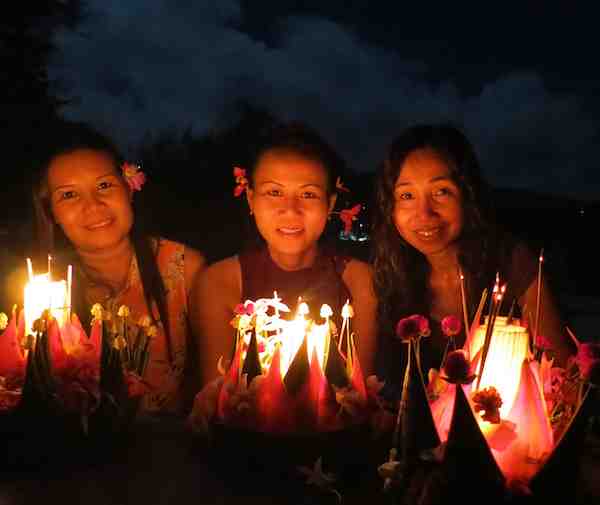 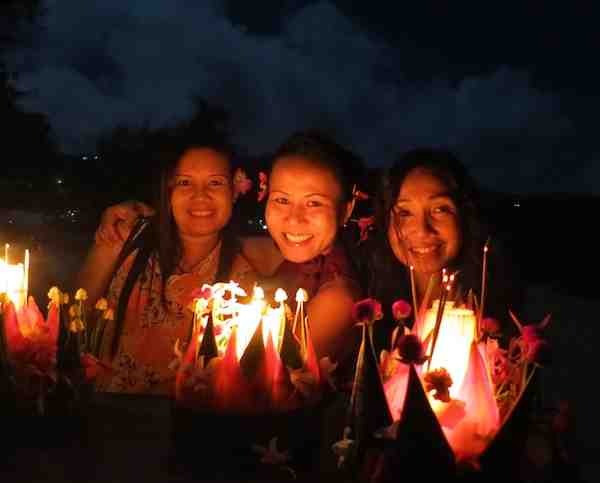 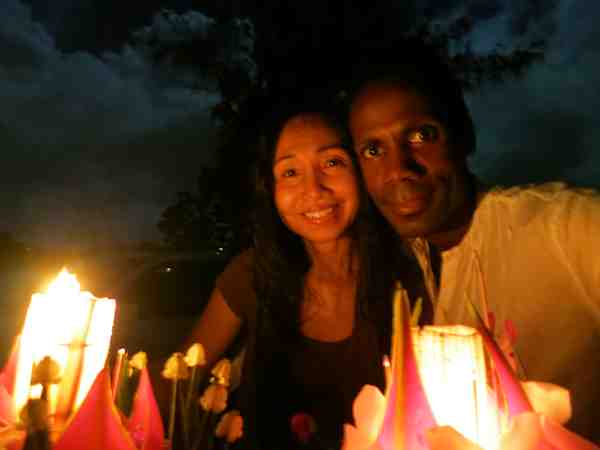 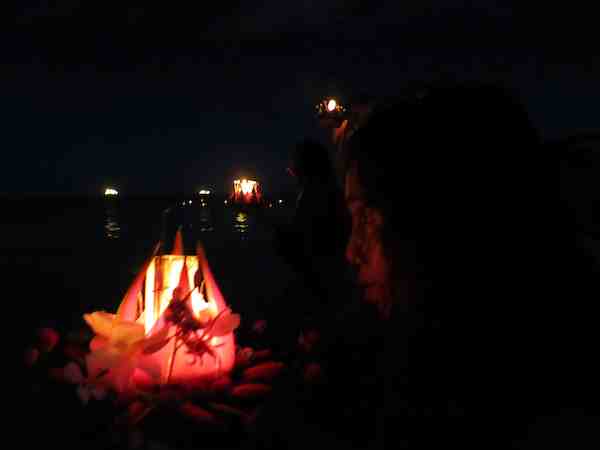 A prayer before launch, while the candles from other Loi Krathong shimmer on the water 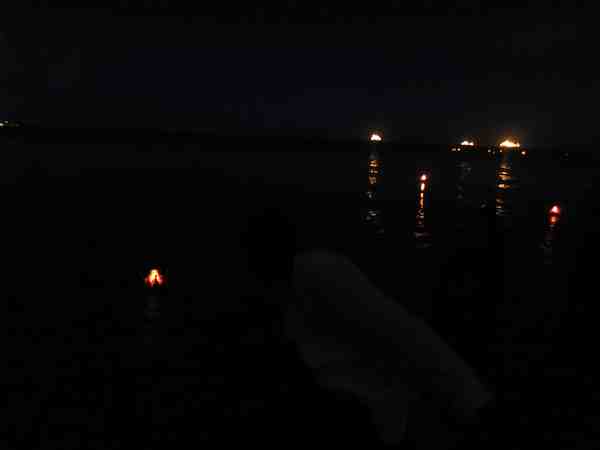 [wikipedia] A small coin is sometimes included as an offering to the river spirits. On the night of the full moon, Thais launch their krathong on a river, canal or a pond, making a wish as they do so. The festival may originate from an ancient ritual paying respect to the water spirits.

For more about Loi Krathong in Thailand, visit https://en.wikipedia.org/wiki/Loi_Krathong