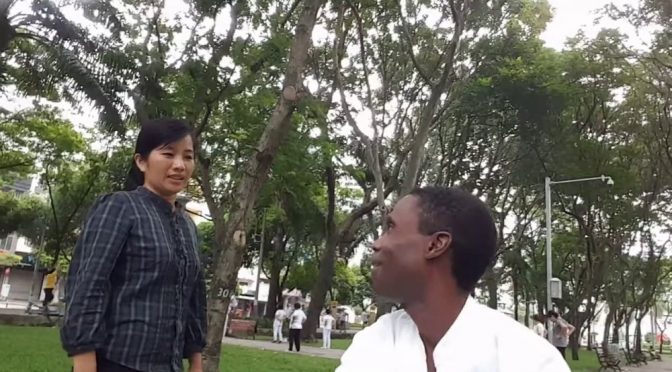 People often ask me how different is dating and meeting people in Asia. Here’s a typical occurence:

Saigon, Vietnam. I’m sitting in the park at 6am this morning filming an intro for my next “Jamaican in China and Beyond” blog video. A cute girl comes up and peers into my camera, says she likes my white outfit, invites me to follow her to another side of the park. I’m a little suspicious at first about the long walk, but turns out she just wanted to be closer to her friends who do Qigong/dancing in the morning.

We end up chatting and walking around town. She’s cute, just the face/eyes/body type I like, but seems she hadn’t really pampered herself in a while, so after buying her breakfast, I take her to a spa to have them do her nails and feet.

I was even going to do the Pretty Woman/Set if Off thing where I buy her a dress (remember the scene in Set it Off where Blair Underwood buys Jada Pinkett an evening dress for a dinner party?). Since neither her English nor my Vietnamese were up to par, we communicated by Google Voice Translate for the whole morning, and she says it’s the nicest anyone has ever treated her.

In any event, here’s the actual video of us meeting for the first time and her picking me up (turns out I’m pretty easy), and a clip from inside the nail salon We hang out some more until 12:30, but I had to leave to go get my passport from the Thai Consulate at 1pm, so we part, but agree to hang out later that day.

There’s more to the story, but you’ll have to follow my channel if you want to learn more! 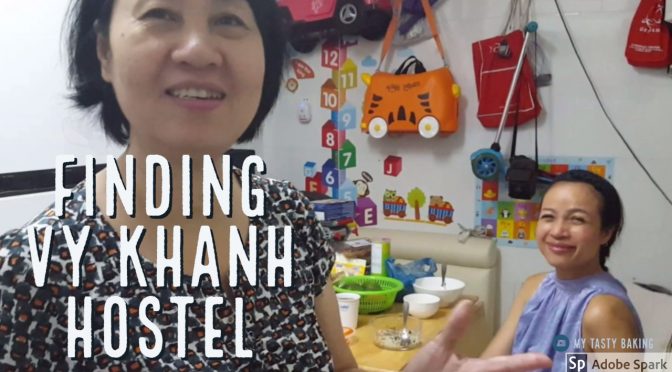 Just a quick video to show you the Vy Khanh Hostel in Saigon where I’m staying, and to provide other travelers with help finding it!

I’ll be heading to Thailand next!