On the island of Saipan, there are no parking meters to feed. There is no “alternate side of the street” parking. There is no street cleaning schedule to be mindful of. I can pull my car up to almost any available space be it beachfront, roadside,  or even grassy sidewalk, put my car in park, turn off the engine, and do whatever I wish to do. When I return, my car will be right where I left it. In fact, I could leave the doors open and the keys in the ignition, and return to find my car.

Eight thousand miles away, in the city of New York, space is at a premium. Every bit of pavement where one could conceivably park, stand or idle is controlled by signs that limit parking to certain specific hours and/or specific days, or has a meter that is vigilantly monitored by parking meter attendants who will eagerly, and often mercilessly dispense parking violation tickets of $60+ within seconds of your meter’s expiration. (They’ve got quotas to fill)

One can drive around for hours–I said hours–in search of a parking space–as I’ve done–(before I mastered the art of “manifesting a space”) and not find one. I attempt to explain this to my friends on Saipan. However, it’s the sort of insanity that one cannot begin to contemplate unless actually forced to live it.

So, I decide to film an example of what I mean. On the street in the borough of Queens, New York where I’m staying, there are street cleaning rules that one must be aware of if one is to maintain possession of one’s car and/or money. 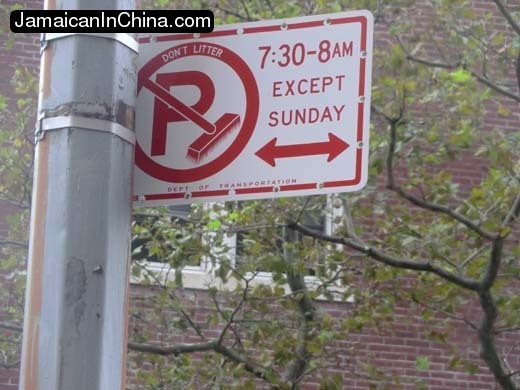 This sign says “No Parking between 7-30am – 8:00am every day day except Sunday.” The broom in the circle indicates that this particular side of the street will be cleaned during those hours.

What that means is, every day at exactly 7:29am, a few things will start to happen. People will rush out of their apartments and take their seats in their cars and peer through their rear view windows. At the same time, parking meter attendants will be seen approaching the cars with their pens and pads (or electronic, bar-code scanning “ticket in a second” gizmos) in hand. Down the street the sound of a street sweeper will be heard approaching.

Once 7:30am hits, those cars that are empty–whose owners overslept, forgot the rules or who are unaware of the regulation–and thus blocking the street sweepers from easily completing their jobs–will be ticketed. (Note: if you’re in your car, you won’t get a ticket; in some neighborhoods, hard-to-remove stickers will be placed on the windows [not sure if that’s still done in New York]; in other neighborhoods, cars might be towed)

Here’s what’s happening in the video you’re about to see: As the street sweeper approaches, one after another, the drivers of the each parked and ready vehicle will move out of the way and come to rest on the other side of the street, and allow the street sweeper to sweep. Then, immediately–and I mean immediately–after the sweeper passes, the driver will put his/her car in reverse and return to the exact spot they were occupying just a few seconds before.

As a vehicle owner in New York who wants a parking space close to your apartment, this the only way to keep possession. If you made the mistake of driving off, circling the block and returning to your space, it would be gone…taken by someone else who might have been driving around for hours looking for a parking space. 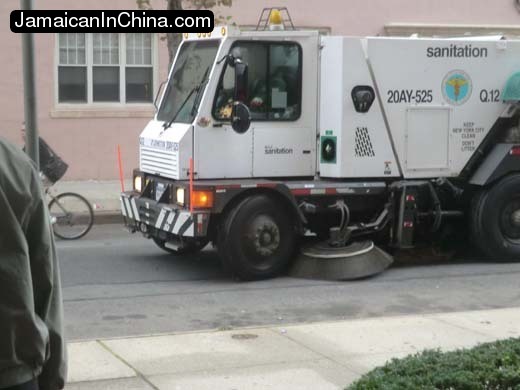 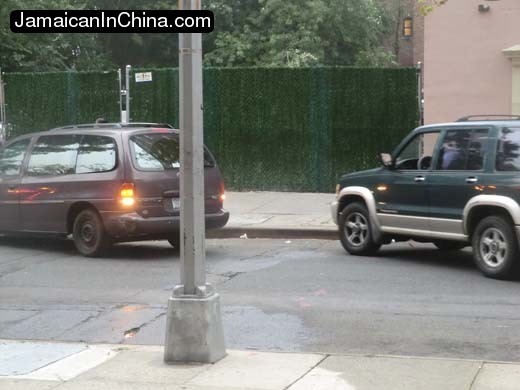 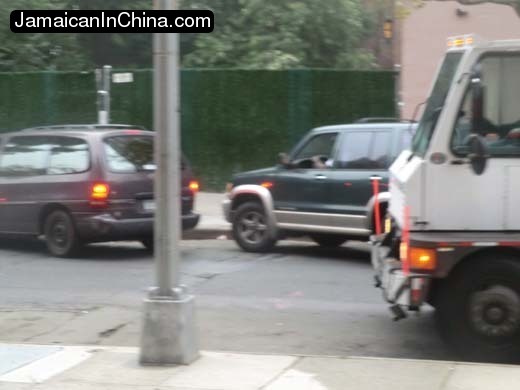 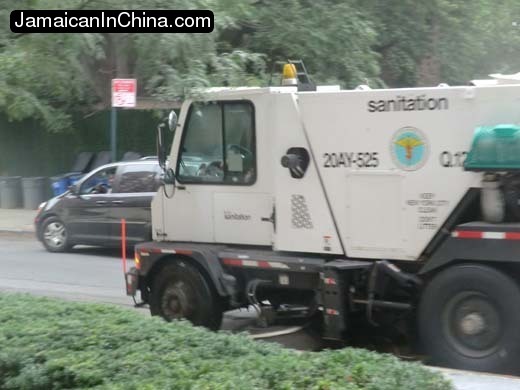 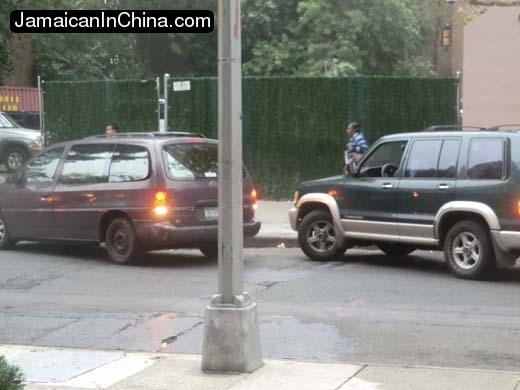 The cars shift into reverse 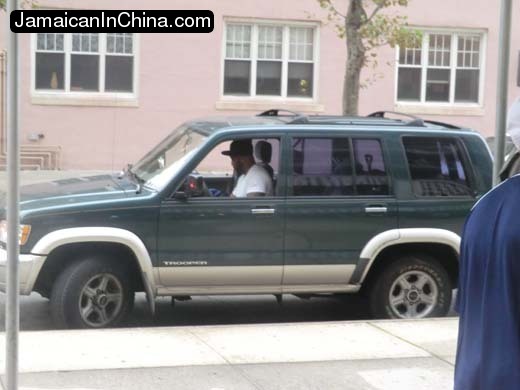 Back where I was. This is MY space, darnit!

This happens every day (except Sunday), week after week, year after year.

See? And you thought I was exaggerating.

Click here to watch the actual video on the OTHER side of the street!