One thing you’ll immediately notice upon driving around is that there are lots of iguanas on St. Thomas.
There might be one less iguana after this video….watch at your own risk.

Shots from the movie: 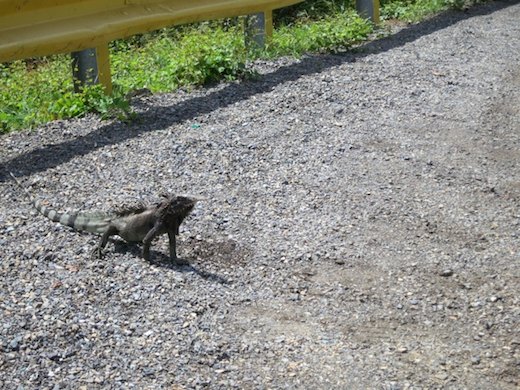 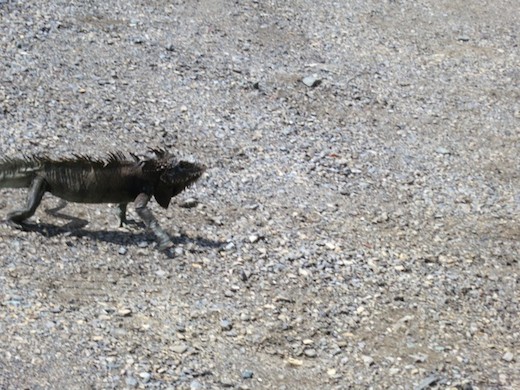 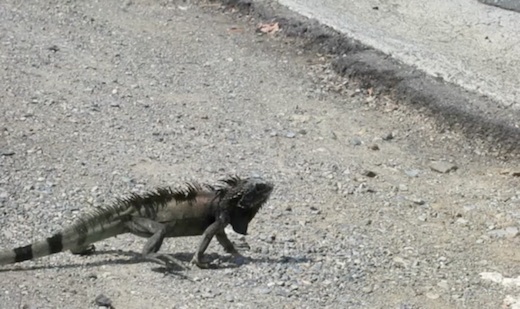 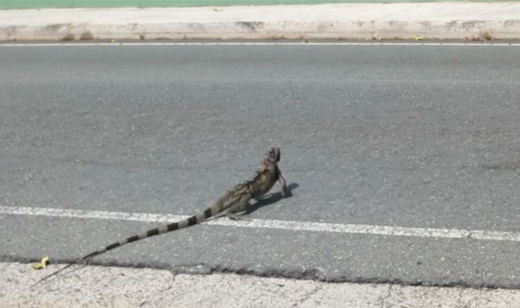 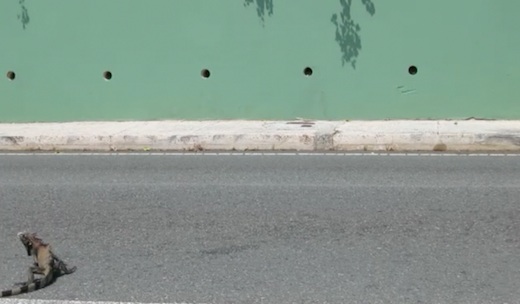 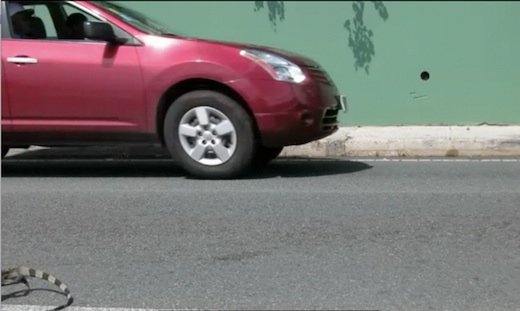 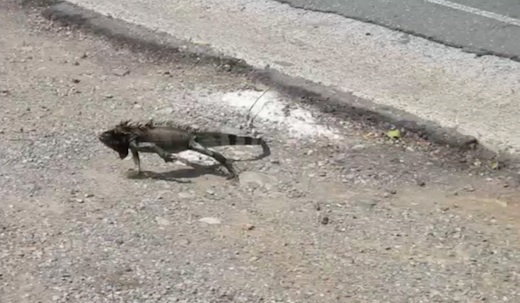 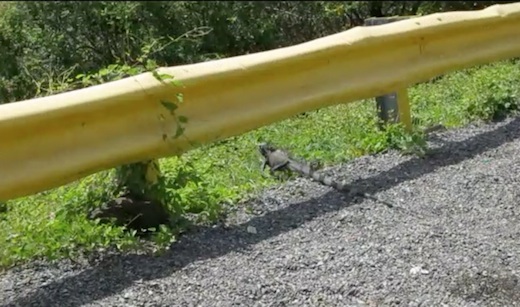 “My Subaru car tire inspection can wait for another day!”

Whew! That was close!

As a nomadpreneur, I typically only purchase one way tickets.

Once I discovered that my Jamaican pilot friend, Ron, was heading to Jamaica, and once we agreed to meet there and hang out together, I wasn’t sure exactly when I would depart the island, so I purchased a one way ticket from New York to Kingston. ($197 on Fly-Jamaica)

Once I landed in JA, and as the days progressed, I decided I would leave at the same time Ron would (May 7th), My post-Jamaica plan was to visit another Rat Race Escapee and nomadpreneur friend on the island of St. Thomas, US Virgin Islands.

After doing a bit of research from back in New York, it seemed that I’d have to fly back to Fort Lauderdale on the US mainland and then take a flight through Puerto Rico on my way to St. Thomas. The arrival and departure times of the connecting flights weren’t working out conveniently, so it seemed that I might have to spend a night in Florida, and perhaps use that opportunity to visit a college friend.

Fortunately, however, while searching again in Jamaica, I found a flight from Kingston to Miami ($174.48 on American), and then a few days later, I found a direct flight from Miami to St. Thomas at a great price and purchased that ticket on April 27th. ($157.20 also on American). Woo hoo!

So, I left Jamaica on May 7th, (I booked myself on the same flight he had arranged months before), Ron headed back to Macau, and I did a little island-mainland-island hop: 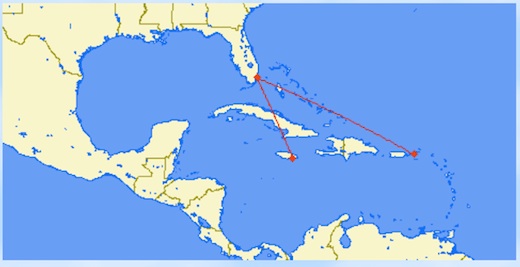 Kingston to Miami and then to St. Thomas

Now, the ticket agent in Kingston had told me he wouldn’t be able to “tag” my bags such that they’d be routed all the way to St. Thomas because of the fact that I had made two separate reservations for the two-stage journey. He also told me that since I’d therefore have to re-check my bags in Miami, that I’d be charged the $25 domestic-flight baggage for my checked bag. (I, however, had no intention of paying this fee).

Once I landed in Miami, got through the huge immigration line, picked up my bag at the carousel, made my way through customs and then headed to the ticket counter, I explained my situation to the check in counter agent and she got her supervisor, Gina, to come over. I explained to Gina that my trip from Miami to St Thomas was all one international flight originating in Jamaica and not simply a single domestic flight, and therefore, requested that my baggage be treated according to the international flight baggage allowance. She agreed and waived the $25 charge. Woo hoo! 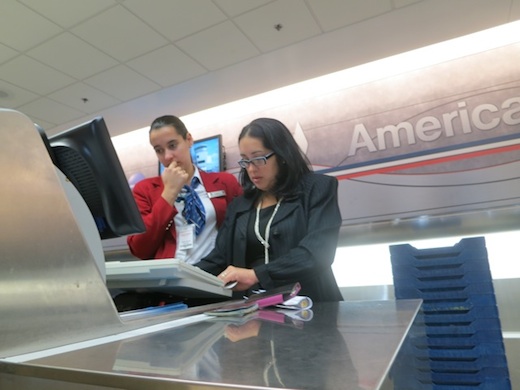 Sometimes all you have to do is ask. Thanks, Gina! 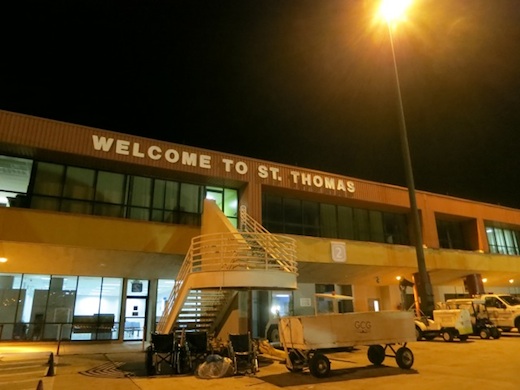 ….and am now the Jamaican in St. Thomas! (Um, not sure for how long. Only bought a one-way ticket) 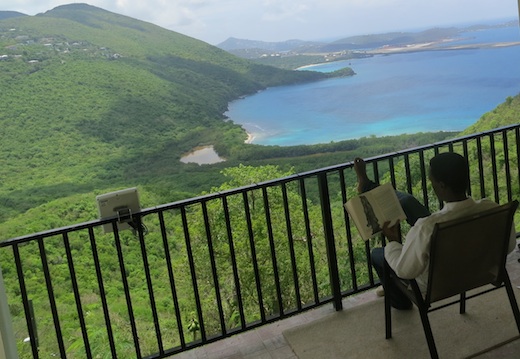 Morning in Fortuna….The view from Heru’s place in the hills 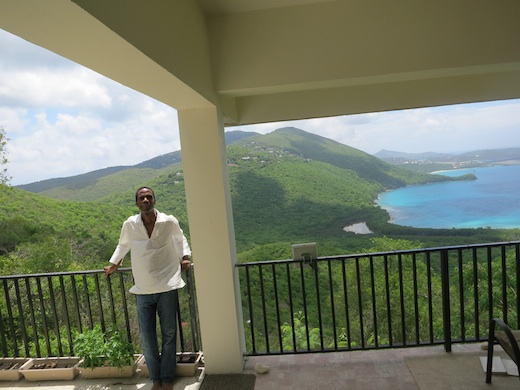 And, after being on island for 24 hours, my first question for everyone is:

Why did the iguana cross the road?