Subject: Jamaican in China!–It’s all about the food!

A new friend and fellow vegan mentioned yesterday that our lives seemed to revolve around food. That came as a surprise to me–a slim, 135-lb vegan who eats only one meal a day–but, as I thought about it, I realized she was right!

We had just finished lunch with the Vegan Social Club of Beijing (food), and she had another dinner get-together with friends later that day (food).

I had arrived late to the social club lunch, and so I didn’t eat (no food), so she agreed to accompany me to my favorite restaurant for another meal (food).

After our meal, I told her I was headed towards BHG Supermarket to get a certain brand of organic, wheat-free, breakfast cereal that isn’t sold in regular supermarkets (food).

So, as we went from lunch to dinner to another dinner (for her), and to a supermarket (for me)… it seemed it was all about food!

Well, see, it’s like this. Unlike most of the other folks on the planet, I have to make special trips to get what I want and can eat. I can’t just pop into a McDonalds, or a local bodega to get my kind of food, so it usually requires a special trip to a special supermarket or a special restaurant.

And so, the people I meet, for friendship or dating, tend to be people I meet at the places I frequent, so I end up dating girls who work at, or whom I meet at vegetarian restaurants or health food stores.

What’s more, the phrases in Mandarin that I needed to learn first have to do, for example, with ordering brown rice instead of white, requesting a knife and fork instead of chopsticks (when I’m REALLY hungry and chopstick-sized portions just won’t cut it) , or asking for the check.

Not only that, but the Chinese characters I’ve learned to recognize have to do with identifying which soy milk has sugar, and which doesn’t.

Add to that, as I start planning for accommodations in Shanghai, (my next adventure), I’m specifically looking for apartments that have a kitchen and that are near to a green grocer or veggie restaurant where I can get organic produce. (That’s about the food, too!) Hmmm…. I guess it IS all about the food.

Speaking of which, here are a few of my favorite recent photographs taken at, um….restaurants! 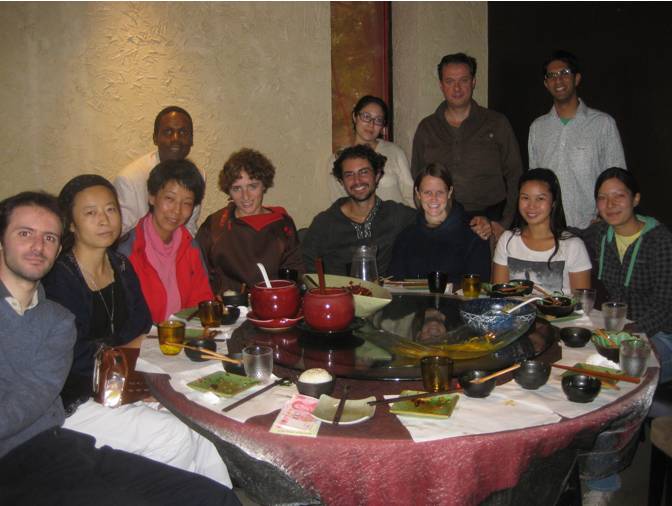 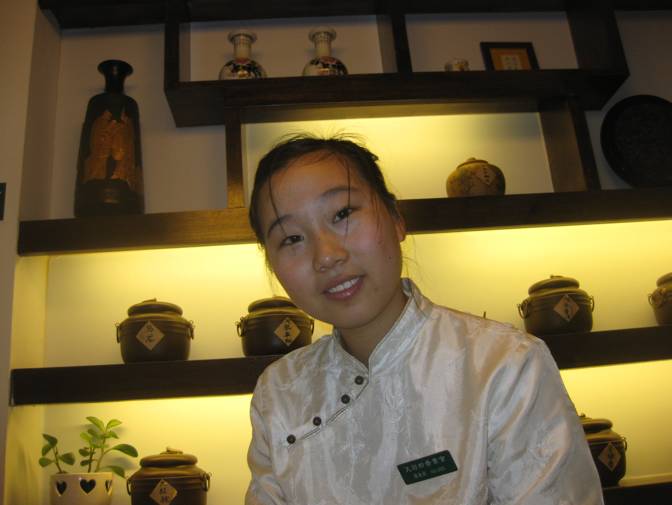 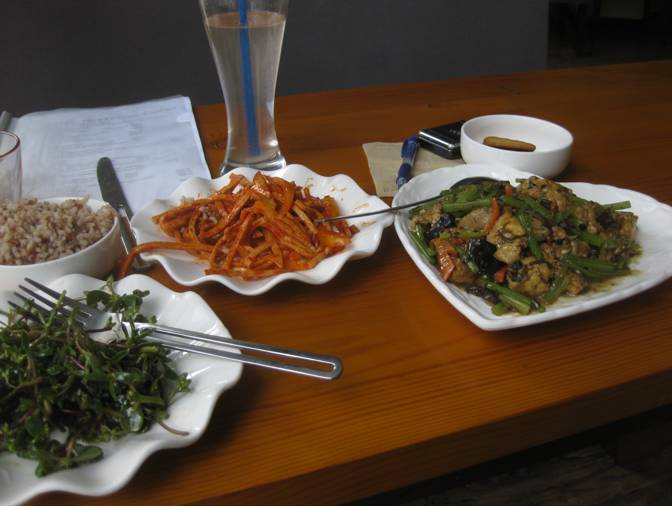 One thought on “It’s all about the food!”